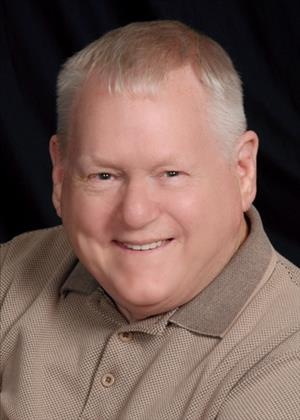 James John "Jim" Finne, age 69 of Red Wing, died on Thursday afternoon, December 22, 2016 at the Red Wing Health Care Center. Jim was born on April 5, 1947 in St. Paul, the son of Oscar and Rowena (Von Bargen) Finne. He graduated from Hastings High School in 1965, and attended the MN School of Business, receiving his accounting certificate. He married Gayle M. Coughtry on May 18, 1968 at Salem Lutheran Church in St. Cloud. He had a long career in insurance, starting out as an agent for Prudential. He eventually opened his own agency in Cannon Falls, Jim Finne Agency which he operated for many years. He retired in 2004. While in Cannon Falls, he was active on the Police Reserve and Jaycee's. He was also a member of Vasa Lutheran Church. He and Gayle moved to Red Wing, where he was a member of St. Paul's Lutheran Church. He is survived by his wife of 48 years, Gayle; three children, Chris (Kerry) Finne of Red Wing, Scott (Tara) Finne of St. Paul, and Amy (Chris) Schaffer of Hastings; and five granddaughters, Josie Finne, Allie Finne, Emma Finne, Alivia Schaffer and Avery Schaffer. He was preceded in death by his parents; sister, Jeannie Tefft; and grandsons, Jacob Finne and Ethan Finne. Visitation will be held on Thursday, December 29 from 4-7 p.m. at Lundberg Funeral Home in Cannon Falls. A memorial service will be held on Friday, December 30 at 11:00 a.m., with visitation from 10-11 a.m., at St. Paul's Lutheran Church in Red Wing. Honorary pallbearers will be Jim's children. Memorials are preferred to Mayo Clinic Health System Home Care and Hospice in Red Wing.

To order memorial trees or send flowers to the family in memory of James Finne, please visit our flower store.