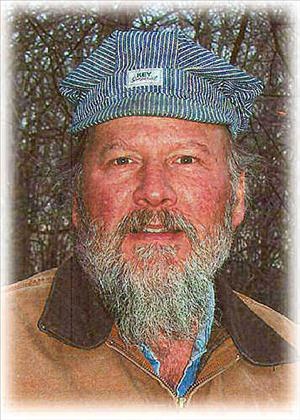 James Gary "Jim" Roberts, age 52 of Kenyon, died on Thursday morning, March 29, 2012 at Abbott Northwestern Hospital in Minneapolis. Jim was born on April 8, 1959 in St. Louis Park, the only child of Gary E. and Karen A. (Harvey) Roberts. Following high school, he served with the U.S. Army. He married Sherie L. Rasmussen and they made their home in Leon Township. Jim had retired from Cardinal Glass in Northfield, and could enjoy his many interests. He enjoyed motorcycling, fishing at his cabin near Bigfork, MN and just putzing around their home. He loved the outdoors and could be found cutting firewood, making maple syrup in the spring, and gardening. He was active in the farmer's market in Cannon Falls and Dennison, and took great pride in his produce and raspberries. Jim loved spending time with his family, especially his sons. He will be deeply missed by his family and friends. He is survived by his wife, Sherie; two sons, Josh of Fort Benning, GA and Justin of Kenyon; mother, Karen Larsen of Cannon Falls; aunt and uncle, Carole and Earl Bennis of Minneapolis; cousins, Chris Buan of Kenyon, Dean (Connie) Larsen of Dennison and Lori Bennis of Portland, OR; father-in-law, Richard Rasmussen of Northfield; and brothers-in-law and sisters-in-law, Randy (Ceil) Rasmussen of Northfield, Brian (Monica) Rasmussen of Eagan and Ron Rasmussen of Northfield, and their families. He was preceded in death by his father, Gary; aunt and uncle, Joan and Dick Larsen. Visitation will be held on Sunday, April 1 from 2-5 p.m. at Lundberg Funeral Home in Cannon Falls. Funeral service will be held on Monday at 11:00 a.m. at Lundberg Funeral Home, with visitation from 10-11 a.m.

To order memorial trees or send flowers to the family in memory of James Roberts, please visit our flower store.