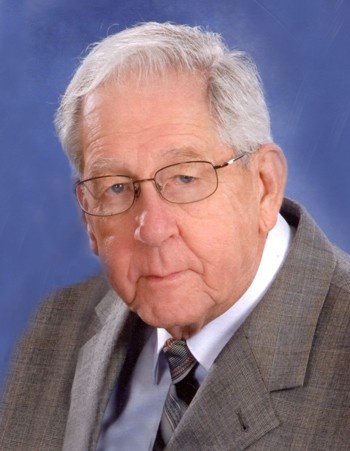 Jim was born on August 6th, 1932 in Staunton, Illinois, the son of Theodore and Hazel (Sherfy) Schnaare. He graduated in 1952 from Staunton High School in Staunton, IL. He enlisted in the U.S. Air Force in 1952 and served for four years as an aircraft electronics technician. After his Air Force service, he worked for McDonnell Aircraft Corporation in St. Louis, Missouri.  He worked for over 30 years as radar and radio electronics technician for the Federal Aviation Administration in Farmington, Minnesota. He married Joan Holthaus on June 20, 1959.  They had three children.

They came to Cannon Falls in 1974 and were active at St. Pius V Catholic Church.  He was a foster grandparent at the Cannon Falls Elementary School, where he enjoyed working with kids that needed a little extra help.  He and wife Joan also volunteered with Meals on Wheels and many other programs. He loved spending time with his grandchildren, cross country skiing, walking, riding his bike, and various hobbies such as electronics and model airplane building. Jim also had a small appliance repair shop in Cannon Falls for a time. He was very involved with the Knights of Columbus and helped to organize numerous church and community events.

Mass of Christian Burial will be held on Thursday, January 17 at 11:00 a.m., with visitation from 10-11 a.m., at St. Pius V Catholic Church in Cannon Falls.  Interment will follow at the church cemetery.

To order memorial trees or send flowers to the family in memory of James Schnaare, please visit our flower store.