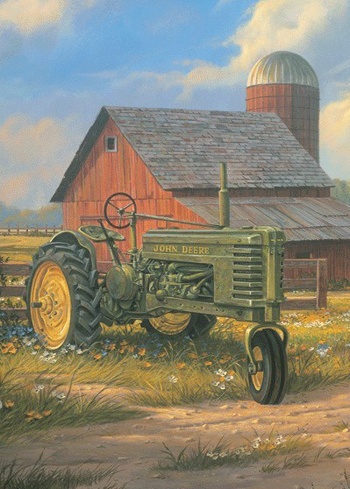 James Allen “Jim” Slininger, age 70 of Cannon Falls, died on Wednesday, June 5, 2019, at St. Mary's Hospital in Rochester. It was he and his wife, Karen's 43rd wedding anniversary.

Jim was born on March 7, 1949 in Minneapolis, MN, the son of Myrl and Jane (Casey) Slininger. He grew up in Randolph, attending St. Mark’s Lutheran Church. He graduated from Randolph High School in 1968.

Jim had a passion for the outdoors and farming. At a young age, he started with helping area farmers and family with whatever help was needed. He had worked at Rock Island Railroad, Inver Grove Heights until 1980, when he went to work for Bob and Paul Augustine. He farmed there and worked at Afton Alps. He continued farming throughout his life and did so at his own farm until last fall.

He was preceded in death by his parents; great nephew, Andrew Benson, and many aunts and uncles.

A visitation will be held on Monday, June 10 from 4-8 p.m. at Lundberg Funeral Home in Cannon Falls. A private interment will be held later at Wangen Prairie Lutheran Cemetery.

To order memorial trees or send flowers to the family in memory of James Slininger, please visit our flower store.