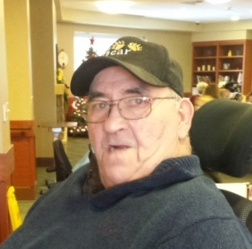 Jim was born on October 16, 1946 in Red Wing, the son of Edgar and Luella (Roisum) Anderson. He grew up in White Rock and graduated from Cannon Falls High School.  After school he drove a milk route in Belle Creek until he was drafted into the Army. Jim received an early discharge in 1967 to come home and run the family farm following the death of his father. He was a dairy farmer in White Rock for many years. He also worked for A & H Cartage, the Farmers of America, and Treasure Island Casino, retiring from there. He enjoyed cooking, gardening, and having unusual pets such as peacocks and a donkey.

Survivors include his brother Lowell (Sharon) Anderson, sister Ruth (Randy) Fox, and several special nieces and nephews. Jim was preceded in death by his parents, his sisters Betty Jane, Sallee, and Dianne, and his brother Reid.

Memorials are preferred to the Goodhue County Humane Society or the donor’s choice.

To order memorial trees or send flowers to the family in memory of James "Jim" Anderson, please visit our flower store.