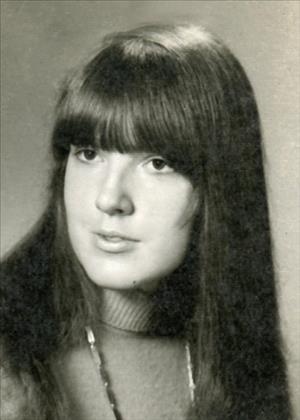 Janice Mae "Jan" Banitt, age 63 of Cannon Falls, died unexpectedly on Thursday evening, April 9, 2015, surrounded by loved ones at Hennepin County Medical Center in Minneapolis. Jan was born on June 24, 1951 in Racine, WI, the daughter of James H. "Jim" and Ardella R. (Daniels) Campfield. Her family later moved to St. Paul, MN and then moved to Cannon Falls where she started the 10th grade at Cannon Falls High School, where she met the love of her life, Michael J. "Mike" Banitt. She graduated in 1969 and she and Mike married on July 5, 1969 at St. Paul's Ev. Lutheran Church in Cannon Falls. She and Mike lived in Zumbrota, MN until 1975. While in Zumbrota she worked as head chef at the Golden Fox Café and became a mom of two daughters, Jessica and Melanie. In 1975 she and Mike moved to Cannon Falls and made a family home in the woods. She was head chef at the Edgewood Restaurant for many years until she had to retire for health reasons and became a stay at home mom. She and Mike were married for 39 loving years until his death. Jan was an expert at crocheting and shared her beautiful creations with friends and family. She loved to read, especially Sci-Fi books. She very much enjoyed playing video games and had a blast sharing that joy of gaming with her grandchildren. She also had a love of animals and over the years has given that love to many cats and dogs. She has left behind her beloved cat, Willis. She loved her family and will be greatly missed. Jan is survived by her daughters Jessica (Jason) Banitt-Moore of Rosemount and Melanie (Ryan Harmsen) Banitt of Cannon Falls; her grandchildren (who affectionately referred to her as Gram and Ya Ya), Devin (20), Malyn (15), Zaden (13), Nathaniel (12), Kennedy (7) and Owen (4); her mother Ardella R. Line of Northfield; and many brothers and sisters-in-laws, nieces and nephews, aunts, uncles and cousins. She was preceded in death by her husband Mike on August 24, 2008 and her father James on January 30, 2001. A Celebration of Life Service will be held on Friday April 17, 2015 at 1:00 pm in the basement of Urland Lutheran Church, Cannon Falls. Honorary pallbearers will be her grandchildren, Devin, Malyn, Zaden, Nathaniel, Kennedy and Owen. Interment will be held at the Cannon Falls Cemetery.

THE SERVICE WILL BE HELD IN THE BASEMENT FELLOWSHIP HALL

To order memorial trees or send flowers to the family in memory of Janice Banitt, please visit our flower store.