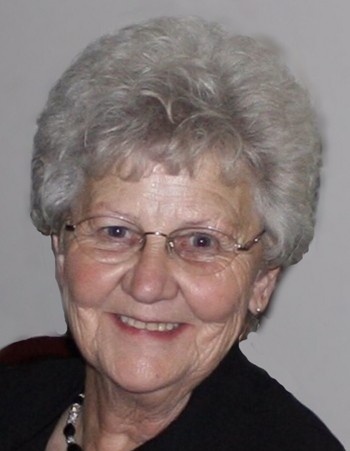 Jean was born the youngest of six children to Rutherford and Blanche (Lindell) Lundell on September 28, 1938 in Red Wing. She was a lifelong member of St. Ansgar’s Lutheran Church in Cannon Falls, where she was baptized, confirmed and married. She graduated from Cannon Falls High School in 1956.

She was preceded in death by her parents; brother, Wayne Lundell; and sisters, Elaine Nelson and Regina Budensiek.

Visitation and funeral will be held at St. Ansgar's Lutheran Church, 7459 Hwy 19 Blvd, Cannon Falls.  Visitation will be Thursday, February 15 from 5-8 p.m. The funeral service will be on Friday, February 16 at 11:00 a.m., with visitation from 10-11 a.m. Interment will follow at the Cannon Falls Cemetery.

To order memorial trees or send flowers to the family in memory of Jean Duden, please visit our flower store.