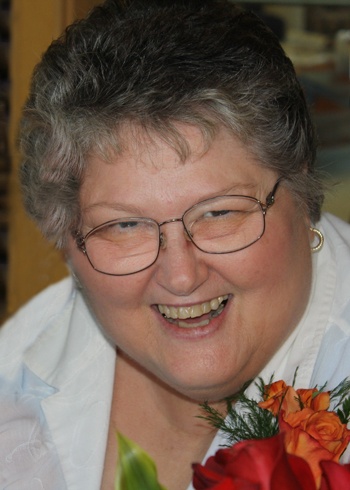 Jeanine Anne Walls, age 76, went to be with her Lord and Savior, surrounded by family, on Wednesday, March 4, 2020 in Cannon Falls, MN.

Jeanine was born on June 22, 1943 to Raymond and Anne (Micketts) Dasko in Grand Rapids, MN. Her parents divorced, and she was raised by her grandparents for the first 6 years. She lived in several states with her mother and stepfather, graduating from Pompano Beach High School in Pompano Beach, FL. She met her future husband, John, on the beaches of Pompano. John and Jeanine were married on August 4, 1961 in Folkston, GA, and together they raised their children, John, Ken and Colleen.

As a young woman, she worked at a bakery, a real estate office, and as a seamstress. After moving back to Minnesota, she held various jobs, but found her niche at the Cannon Falls Hospital. When John and Jeanine moved to Rochester in 1992, she worked for Mayo Clinic as a financial representative. She truly loved what she did and retired in 2010. Jeanine loved to travel and spend time with her family and friends. They moved back to Cannon Falls in 2014 to be closer to family.

Jeanine had many talents used in the home and in various jobs. She was a Boy Scout leader, 4-H leader, helped to organize the south park improvements to Lake Byllesby, was a Cannon Valley Fair judge, scorekeeper for Little League, a regular at the kids’ games, and grew to be a MN Twins fan.

She was preceded in death by her parents, Raymond Dasko, Anne and Ed Fansler; grandson, Brandon Walls; and daughter- in-law, Kimberly Walls.

In lieu of flowers, the family prefers memorials that will be used for research for NASH, liver cancer, and bladder cancer.

To order memorial trees or send flowers to the family in memory of Jeanine Walls, please visit our flower store.