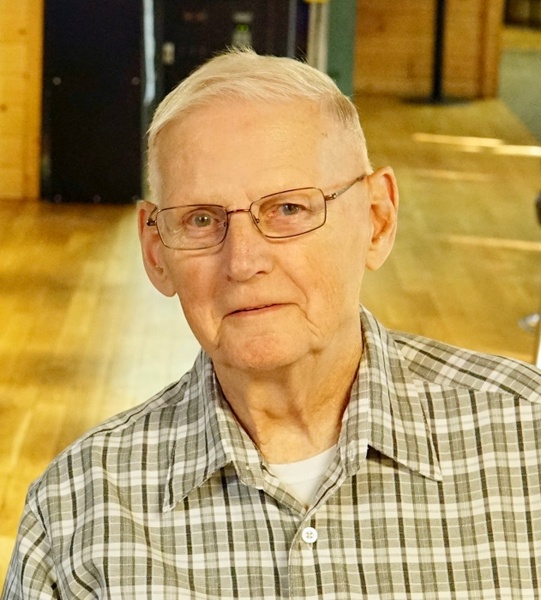 Jerome “Jerry” Rodney Erickson was born on July 23, 1934 to Evald and Effie (Anderson) Erickson, in Cannon Falls, MN. He was baptized and confirmed at Hegre Lutheran Church in Kenyon, MN. In June of 1948, Jerry received a diploma from MN Public Schools. He was married to Marlis Ann Flakne on June 1, 1955 until she passed away on April 21, 1960. Jerry married Marlene Holm on August 5, 1960 at The Little Brown Church in The Vale in Nashua, IA.

Jerry worked many different jobs, the longest being at Waterous Company in South St. Paul from August 1967 until his retirement in August 1997. In his retirement he worked at the Cannon Falls Beacon with the “boys in the basement” for several years. Jerry enjoyed woodworking, refinishing, tinkering in his garage, and traveling up north with family and friends on fishing trips. He was also a proud member of the American Legion, as he had been honorably discharged from the US Army on February 28, 1963.

He is preceded in death by his wives; Marlis and Marlene; his parents; brother, John (Vernice) Erickson; and brothers-in-law, Vern Simanski, Jack Holt, and Jack Dockter.

Livestreaming of Jerry’s funeral service will be available on www.lundbergfuneralhome.com

In lieu of flowers, memorials are preferred.

To order memorial trees or send flowers to the family in memory of Jerome "Jerry" Erickson, please visit our flower store.