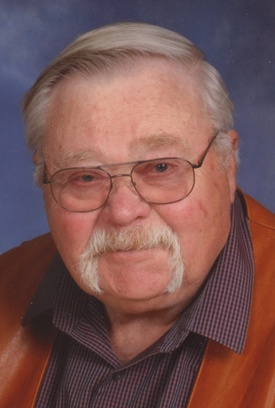 The family of Jerry Clarence Krie, age 81, of Red Wing and formerly of Cannon Falls, is very sad to announce that he passed away unexpectedly at St. Mary’s Hospital in Rochester on November 5, 2020.

Jerry was born on October 25, 1939 in Red Wing. He was the eldest child of Clarence and Ione (Kloke) Krie. He attended school in Red Wing. Jerry joined the United States Marine Corps around the age of 18. He proudly served three years, completing this service at the rank of Buck Sergeant. While serving, he got to travel the world, returning to Red Wing afterward. Jerry began working as a carpenter after his service in the USMC. After many years of working for other companies, he started a construction company, J&K Builders, with his father-in-law Richard Josephson and a brother John Krie. They built a lot of houses around Cannon Falls, including the Cedar Hills and Hemlock developments. He retired in 2003. Jerry was a proud, long-standing member of the Nelson Scofield Post #4452 of the VFW and of the Masons Oriental Lodge #34. He was also a member of First Lutheran Church in Red Wing.

Jerry married Carol Josephson on April 18, 1970 at the Eidsvold Lutheran Church in Esdaile, WI. They lived in Cannon Falls for 33 years before moving to their lake home in McGregor, MN, where they lived until moving to Red Wing in 2018. They had two children and were married for fifty years.

Jerry was a wonderful husband, father, grandfather, great-grandfather and brother. He was an outdoorsman who loved to go fishing, hunting, and snowmobiling. He was passionate about cars. He enjoyed carpentry and making amazing things for family and friends. He hand-made toy boxes, monkey bars, beds and refinished tables and chairs throughout the years that are all treasured. As a couple, Jerry and Carol enjoyed many activities together. They liked to go bowling, snowmobiling, dirt bike riding, fishing, and spending time at their cabin. They spent their winters in Mission, TX, and at the W & I Resort. He will always be remembered for his exceptional work ethic and his willingness to help others.

Jerry was preceded in death by his parents, his wife Carol, and his sister Janice Swanson.

To order memorial trees or send flowers to the family in memory of Jerry Krie, please visit our flower store.