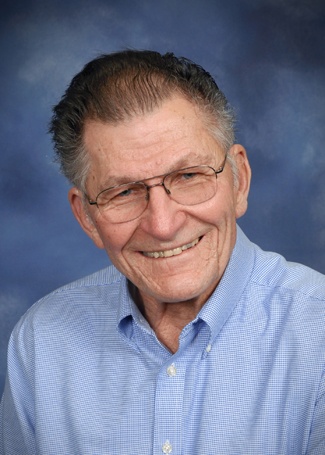 Joel Groenke, age 86, of Rochester and formerly of Cannon Falls, died Sunday, October 25, 2020 at his home in Rochester.

Joel Albert Groenke was born on August 7, 1934 in Osseo, the son of William and Lorena (Heldt) Groenke. He grew up in Corcoran and attended St. John’s Lutheran School where his father was a teacher. Joel graduated from North High School in Minneapolis in 1952. He then graduated from DeVry Technical Institute. Joel was drafted into the US Army in 1955 and served his country in Korea until his honorable discharge in 1957.  On August 3, 1957 he was united in marriage to Marlene Anderson at Immanuel Lutheran Church in Minneapolis. She preceded him in death in 1994. Joel worked as an electrical tech for Sperry Rand, for Honeywell and for the Federal Aviation Administration in Northfield. He retired from there in 1995. On July 7, 1999 Joel married Joyce Wellik at Mt. Olive Lutheran Church in Rochester. They lived in the Zumbro Falls/Oronoco area before moving to Rochester.

Joel was a member of the Spring Garden Lutheran Church where he was active as a member of the church council. He was a member of the Cannon Falls Lions Club and the Toastmasters. Joel was known as a car guy. In his retirement he worked part time for Adamson Motors in Rochester. In addition to loving cars, he enjoyed dancing, his annual fishing trip to Canada with his brothers and friends, and trips to Valley Fair with his family.

Visitation will be on Sunday, November 1, 2020 from 4-7 pm at Spring Garden Lutheran Church, 10239 Co 1 Blvd, Cannon Falls, MN 55009. The memorial service will be on Monday Nov 2 at 11:00 am, also at Spring Garden. Interment will follow in the church cemetery with military honors . Masks and social distancing will be required at all services.

To order memorial trees or send flowers to the family in memory of Joel Groenke, please visit our flower store.