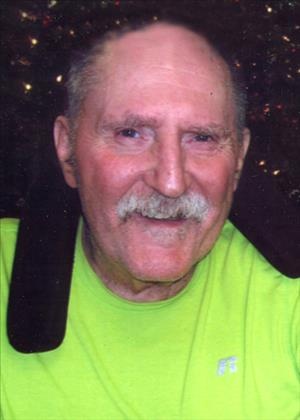 John Clarence "Jack" Albert, age 68 of Cannon Falls, died on Friday morning, March 27, 2015 at Diamond Rehab and Living of Cannon Valley, Cannon Falls. Jack was born on August 8, 1946 in St. Paul, the son of Clarence and Corinne (Zaspel) Albert. He graduated in 1964 from South St. Paul High School. He went to serve with the U.S. Navy during the Vietnam Era, and was honorably discharged in 1969. He returned to work at the stockyards in South St. Paul. He then worked at Whirlpool for a number of years. During most of his working career he was a boiler engineer at Federal Cartridge. He married Eileen "Sissy" Albert on July 24, 1981 in South St. Paul. Jack was proud to have served in the U.S. Navy. He was an avid outdoorsman, especially bow hunting and fishing, and loved anything to do with the outdoors. He also built and flew remote control airplanes. He was preceded in death by his parents. He is survived by his wife of over 33 years, Sissy; son, John J. "Jake" of St. Paul; grandchildren, Allison and Brayden Albert of St. Paul, and Bella Albert of Tulsa, OK; sister, Margaret Brandt of Savage; niece, Erica (Sam) Schneider of Burnsville; and special sister-in-law, Sadi Schaeffer. Inurnment with full military honors will be held on Tuesday, August 25 at 1:00 p.m. at Fort Snelling National Cemetery, Assembly Area #2. Memorials are preferred to M.S. Society or donor's choice. A special thank you to Charlie Braun for all of his support, Diamond Rehab and Living for their great care of Jack, and St. Croix Hospice.

To order memorial trees or send flowers to the family in memory of John Albert, please visit our flower store.