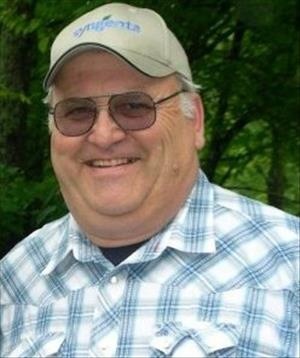 John Edward Boersma, age 70, a lifelong resident of the Cannon Falls area, died at his home on Wednesday evening, June 1, 2016. John was born on April 11, 1946 in Red Wing, MN, the son of Edward John and Olive Marie (Danielson) Boersma. He graduated from Cannon Falls High School in 1964 and later received his Associates Degree in Electronics. He loved working with electronics, and also farmed most all of his life. He served with the US Army Reserves for six years. He married R.J. Nelson and they continued living in Sogn Valley. He loved living in Sogn Valley and had many great neighbors throughout the years. He enjoyed making friends and spending time with his coffee club friends. His hobbies included motorcycles, classic cars, and classic Allis Chalmers tractors. He is survived by his wife of 28 years, R.J.; children, Julie Boersma of Faribault, Robert "Bobby" Nelson and wife, Jennifer of Fairbanks, AK, and Jayne McLean and husband, Erick of Kenyon; five grandchildren, Isaac, Ezra and Marni Nelson, David Boersma, and Kelly McLean; brother, James "Jim" Boersma and wife, Jayne of Olivia; mother-in-law, Luella Poe of Cannon Falls; brother-in-law, Maurice Nelson and wife, Carla of Elk Mound, WI; nephews, Jeffrey and Jacob Boersma and their families, Craig and Michael Nelson and their families; and many close friends and neighbors. He was preceded in death by his parents, Edward and Olive Boersma; and father-in-law, Dean Poe. Visitation will be held on Monday, June 6 from 4-8 p.m. at Lundberg Funeral Home in Cannon Falls. A memorial service will be on Tuesday, June 7 at 11:00 a.m., with visitation from 10-11 a.m., at First Congregational United Church of Christ in Cannon Falls. Honorary pallbearers will be Roger Risty, Tom Pettigrew, Jeffrey and Jacob Boersma, Craig and Michael Nelson. Memorials are preferred to donor's choice.

To order memorial trees or send flowers to the family in memory of John Boersma, please visit our flower store.