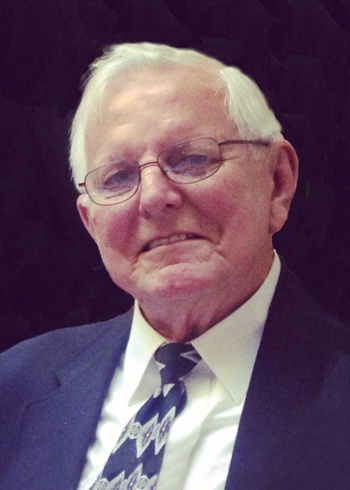 John Evald Erickson was born on August 4, 1932 in Cannon falls, the son of Evald and Effie (Anderson) Erickson. He grew up and went to school in Cannon Falls. Following school, he went to work for his Uncle Paul until he got his driver’s license. Then he began working for the Kenyon Locker Plant. He moved with his family to Skyberg as a youth, and then to South Saint Paul. On July 26, 1954, John was united in marriage to Vernice A. Sauer in Flensburg, MN. Shortly after they were married, he was drafted into the U.S. Army. Following his discharge, he  worked for the Swift Packing Co. in South St. Paul. They eventually moved to Cannon Falls and John went to work for Dahlen Transport as a truck driver, retiring in 1989. He held many different jobs in his retirement. John was a member of St. Pius V Catholic Church and the American Legion. He enjoyed camping, fishing, travelling, and playing cribbage and other card games. Most of all, he loved spending time with his family; especially his grandchildren and great-grandchildren.

John was preceded in death by his parents, his wife Vernice, sisters-in-law Marlys Erickson and Marlene Erickson; and brother-in-law Vern Simanski.

To order memorial trees or send flowers to the family in memory of John Erickson, please visit our flower store.