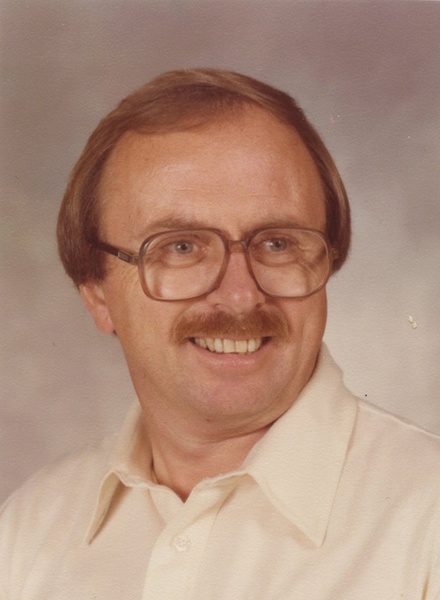 John Dwight Fritz was born on July 20, 1932, at the Willows Home in Kansas City, Missouri. At 10 days old, he was adopted by Ray and Johanna Fritz of Luverne, MN. After the death of his mother, he continued to be raised by his grandparents, Frank and Mary Fritz, and his great aunt, Selma Enger.

John graduated from Luverne High School in 1950 where he played baseball, basketball, and ran track. Winning the State Tournament in the half-mile was one of his proudest accomplishments. Following high school, he enlisted in the US Navy where he attended school and became an aerial photographer. He was stationed numerous places including the naval base in Atsugi, Japan.

After returning home, John was united in marriage to Viola Van Voorst on July 11, 1954. They resided in Cannon Falls after John received his bachelor’s degree from Mankato State Teacher’s College. John was a teacher at Cannon Falls High School for 29 years. During his teaching career he taught Science, Math, and started the Photography Department. He was a legendary Track and Cross-Country coach. Following his retirement, John enjoyed spending time at the lake in Garrison, MN. He loved to fish, golf, and be with family. His greatest joys were his grandchildren and great-grandchildren. He will be forever known as “Grandpa John” to everyone.

Memorial services will be held on Saturday, November 16 at 11:00 am, at the First Congregational United Church of Christ, 220 W. Main St., Cannon Falls. MN  55009. There will be a visitation from 10-11:00 am at the church, prior to the service. Interment with military honors will be at the Cannon Falls Cemetery after a lunch is served at the church. Lundberg Funeral Home is assisting the family.

To order memorial trees or send flowers to the family in memory of John Fritz, please visit our flower store.