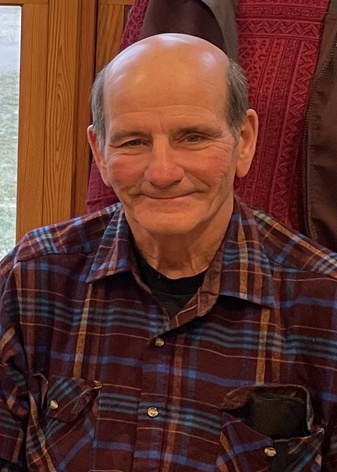 John Raymond Johnston, age 72 of Dennison, after a battle with cancer, passed away at his home Monday morning, May 16, 2022, surrounded by his family.

John was born on December 30, 1949 in Northfield, the son of Ralph L. Sr. and Jeanette (Duncan) Johnston. He graduated from Randolph High School in 1967.

After high school, John worked at Northrup King in Stanton, and in later years at Midwest Importers in Cannon Falls and Malt-O-Meal in Northfield where he retired from. Throughout, John was a farmer, raised on the home farm, and continued to work the same soil as his parents. He especially loved the spring of the year, turning the dirt, and planting. A quiet man, he loved the company of good neighbors and friends. He enjoyed the tradition of his family gathering at the farm on Sunday afternoons. John was an avid reader and enjoyed his cats.

He is survived by his siblings, Ralph Jr. (Mary) of Moorcroft, WY, Betty Lee of Randolph, Marjorie Berendt of Cannon Falls, and David (Margaret) of Dennison; brother-in-law, Calvin Thielbar of Northfield; uncle, J. Roger Anderson of Thousand Oaks, CA and aunt, Myong Su Johnston of Minnetonka; and many nieces, nephews and cousins.

He was preceded in death by his parents; sister, Janet Thielbar; and brothers-in-law, Bob Lee and John Berendt.

A Celebration of Life Gathering will be held on Sunday, May 22 from 2-5 pm at Lundberg Funeral Home, Cannon Falls.

To order memorial trees or send flowers to the family in memory of John Johnston, please visit our flower store.