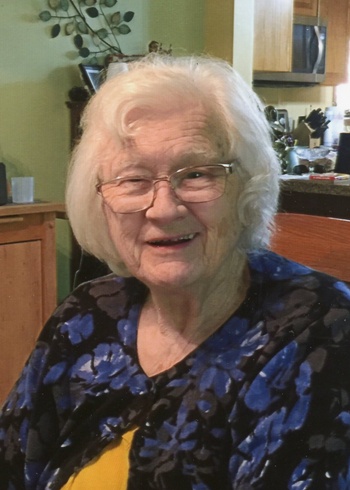 Joyce was born on June 1, 1928 in Dennison, MN, the daughter of Fulton and Dorothy (Fremouw) Elstad. She graduated from Cannon Falls High School and later received her teaching degree from the University of Wisconsin - River Falls.

She married Merlyn O. Waslie on January 28, 1950. They made their home in Cannon Falls and had three children, Michael, Bruce and Susan.

Joyce was an English teacher for the Hmong community, as well as a field representative for 49 years with the Census Bureau of the US Government.

Joyce was a member of St. Ansgar’s Lutheran Church in Cannon Falls. She played organ and was a soloist for many years. She sang with the MN Chorale, and was runner up for Miss Minnesota, where she showcased her vocal skills. Joyce's beautiful soprano voice could be heard on Sunday evenings on the Cedric Adams radio show where she performed in studio quite often. She was also a member of Order of the Eastern Star Auxiliary, Hastings.

A memorial service will be held on Tuesday, February 4 at 2:00 p.m., with visitation from 1-2 p.m., at Lundberg Funeral Home in Cannon Falls. Spring interment will take place at the Cannon Falls Cemetery.

Memorials are preferred to the Alzheimer’s Association for research.

To order memorial trees or send flowers to the family in memory of Joyce Waslie, please visit our flower store.