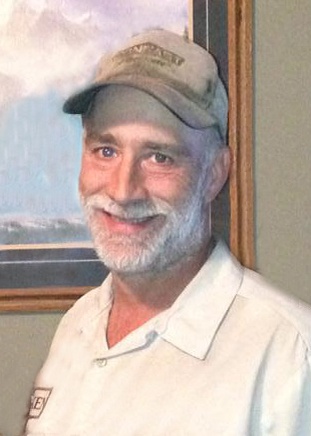 Ken was born on August 13, 1963 in Grand Rapids, the son of Edward G. and Elizabeth L. (Troumbly) Hoey. He grew up in Taconite, MN and graduated from Greenway High School in Coleraine in 1982. Following high school, he started his career at Sommerkale Construction and Blacking Cates. He then went to work at Concast and has been employed there for 35 years, serving as plant supervisor for 25 plus years.

He married Jacalyn R. Ogden on September 27, 1986 in Taconite and they had four children. Ken and Jackie were married for 29 years when she passed away on November 20, 2015.

Muzzy was a hardworking and dedicated family man. He was generous with his time and was always helping others. He enjoyed woodworking, gardening, and spending time with his family and friends. He was passionate about music and enjoyed listening to it all throughout the day, as well as playing his harmonica.

He was preceded in death by his wife, Jacalyn; father, Edward; infant sister, Elizabeth; and brother-in-law, Richard Tiburzi.

He will be missed and lovingly remembered by his children, Matthew, Ryan, Angela and Derek, all of Randolph; girlfriend, Rita Castle of Randolph; mother, Elizabeth “Betty” of Taconite; his siblings, Sandy Tiburzi of Hibbing, James (Ann) of Eagan, Margaret (William) Casey of Coleraine, Donald (Nell) of Grand Rapids, Paul of Taconite, Thomas (Sharon) of Hibbing, Steven (Julie) of Cannon Falls, Robert (Annie) of Cannon Falls, and Damian (Teresa) of Taconite; many aunts, uncles, nieces, nephews, dozens of cousins, and friends.

Visitation will be held on Sunday, December 9 from 1-4 p.m. at Lundberg Funeral Home in Cannon Falls. Mass of Christian Burial will be held on Monday, December 10 at 11:00 a.m., with visitation from 9-11 a.m., at Mary Immaculate Catholic Church, 10 Corey Street, Coleraine, MN 55722. Interment will follow at Lakeview Cemetery in Coleraine.

To order memorial trees or send flowers to the family in memory of Kenneth Hoey, please visit our flower store.