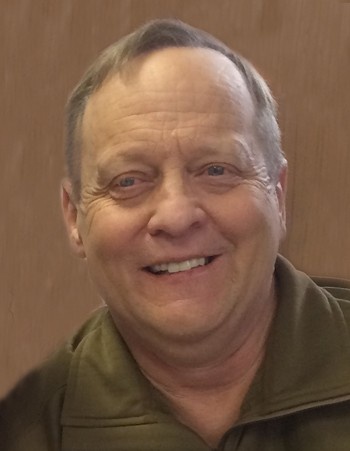 Kevin Allan Jacobson was born on December 6, 1955 in Zumbrota, the son of Allan G. and Virginia A. (Hjermstad) Jacobson. He grew up in the Wanamingo area and moved to Willmar in the ninth grade. Kevin graduated from Willmar High School in 1974 and then received an Associate of Agribusiness Degree from the Willmar Area Vocational and Technical Institute. On March 24, 1979 Kevin was united in marriage to Joyce Forsberg in Willmar. Kevin and Joyce are members of the Family Worship Church in Zumbrota. He worked as a salesman for a battery company, among many other jobs. Kevin enjoyed being outdoors, whether hunting, chopping wood or target practice. He had a special interest in cows and improving their genetics. He liked sports, especially hockey. He also enjoyed buying, selling, and working on guns.

Kevin was preceded in death by his parents, his grandson Jacob Morris and many other relatives.

Funeral services will be held on Saturday, November 25 at 11:00 AM, with visitation from 10-11 AM, at Urland Lutheran Church, 6940 Co 9 Blvd, Cannon Falls. Pastors Arthur Olson and Wayne Hjermstad will officiate. Interment will follow at Eidsvold Cemetery.

To order memorial trees or send flowers to the family in memory of Kevin Jacobson, please visit our flower store.