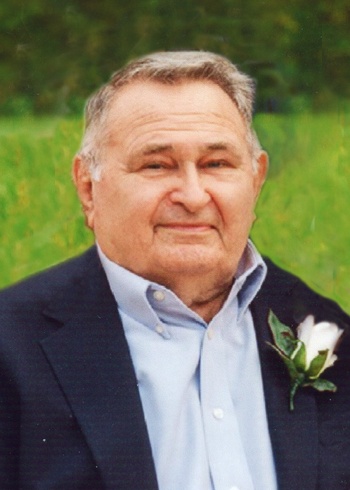 Larry was born to Marshall and Naomi (Swanson) Welt on September 27, 1939 in Red Wing. He was united in marriage to Marilou Franklin on June 27, 1959 at St.  Joseph’s Catholic Church in Red Wing.

Larry enjoyed spending time at their trailer on the river, boating, fishing, campfires with a cold beer and kisses. He also enjoyed taking care of his “ladies” at the Ben Franklin Store and later Quilts by the Falls that Larry and Marilou owned in Cannon Falls.  Larry had many different occupations over the years and was a Jack of all trades. He was a member of the Cannon Falls Volunteer Fire Department for many years and also a member of the Knights of Columbus.

Larry is preceded in death by his parents, son Jim, and sister LaVonne.

Mass of Christian Burial will be held on Friday, August 27 at 11:00 am, with visitation from 9:30-11:00 am, at St. Pius V Catholic Church, Cannon Falls. Interment will follow at the church cemetery.

Memorials in Larry’s memory may be given to the Cannon Falls Food Shelf, the Good Samaritan Fund, or donor’s choice.

To order memorial trees or send flowers to the family in memory of Larrimore Welt, please visit our flower store.