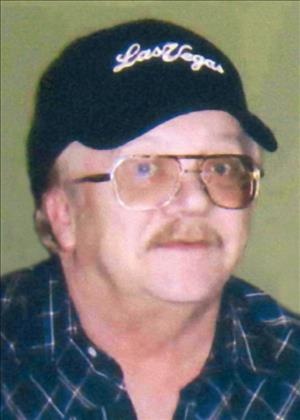 Larry Dennis Johnson was born on June 13, 1944 at St. John's Hospital in Red Wing, Minnesota to Willard Norman Johnson and Marzell Odella (Mills) Johnson. Larry grew up in Cannon Falls most of his life with an exception of some time in Red Wing and Hastings. Larry enjoyed hunting, fishing, and listening to Elvis Presley on his radio, stereo or with trips to Las Vegas for live performances. Larry is survived by a son, Jeremy of Cannon Falls and a daughter, Melissa Schmotter (Jacob) of Hastings; grandchildren, Cortney, Madalynn, and Logan Johnson, and Kenzie and Kylee Schmotter; and great granddaughter, Adalynn Olivia Neil. He is also survived by brothers, Douglas (Linda) Johnson of Lakeville and Jeffrey (Kellee) Johnson of St. Paul, along with nieces and nephews. Larry was preceded in death by his mother, father, infant brother, and his son, Kevin Larry Johnson. A Celebration of Life gathering will be held on Saturday, January 14, 2017 from 1-5 p.m. at Lundberg Funeral Home in Cannon Falls.

To order memorial trees or send flowers to the family in memory of Larry Johnson, please visit our flower store.