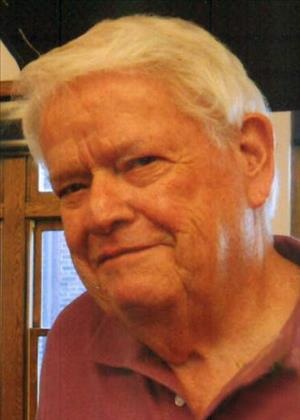 Lawrence John Ryan, age 76 of Cannon Falls, died on Friday morning, August 30, 2013 at Reflections Care Suites in Northfield. Larry was born on February 23, 1937 in Ironwood, MI, the only son born to Frank E. and Mary (Moriarty) Ryan. He graduated from high school in Plainview, MN and went on to serve with the U.S. Air Force until his honorable discharge in 1959. Larry married Rebecca M. Gathje on July 15, 1961 in Plainview. He was a mechanic for Northwest Airlines from 1964, later becoming an inspector. Throughout his Northwest Airlines career, he was a member of IAMAW (International Association of Machinists & Aerospace Workers) Local #1833. In 1975 he started working for the Federal Aviation Administration as an aviation safety inspector until his retirement in October, 2001. … While his sons were young, he was involved in their activities, including baseball and Cub Scouts. Larry had a great sense of humor, and was known to be a prankster. He enjoyed woodworking, and was a mechanic at heart. He could fix anything, except a truck radio! He also served on the Stanton Township planning commission. He will be remembered for his love of family, especially his grandchildren. He was very proud of all of them! Larry is survived by his wife of 52 years, Becky; two sons, Anthony (Laurie) of Chanhassen and Timothy (Heidi) of Hernando, MS; six grandchildren, Ashley, Tyler (fiancé, Rachel Grace), Noelle, Hayley, Marilyn and McKenna; sisters, Sharon Schneider of Ogden, UT, Eileen "Kate" (George) Colbenson of Grand Meadow and Patricia (Ross) Peacock of St. George, UT; and many nieces and nephews. He was preceded in death by his parents, Frank and Mary; and sister, Mary Ellen. A Celebration of Life Service will be held on Saturday, September 14 at 10:30 a.m., with visitation from 9:30-10:30 a.m., at St. Paul's Lutheran Church in Red Wing, with Pastor Kristen Schlauderaff officiating. In lieu of flowers, the family prefers donations to Reflections Care Suites, Northfield or charity of donor's choice.

To order memorial trees or send flowers to the family in memory of Lawrence Ryan, please visit our flower store.