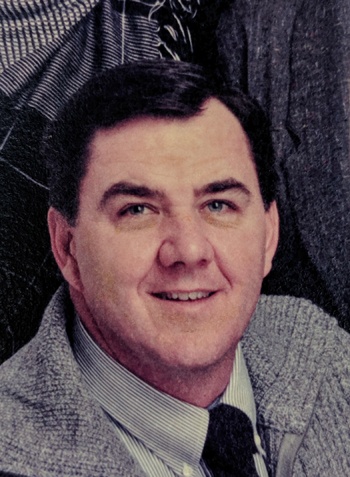 LeRoy Henry McCusker, age 71, of Cannon Falls died at his home the morning of Saturday, July 13, 2019, surrounded by his wife and four children. Generous of spirit, he will be remembered as a loving and caring son, brother, husband, father, grandfather, uncle, mentor, and friend.

Eternally dedicated to his family, LeRoy is survived by his wife, Martha (Benson) McCusker; his four children and their spouses, Amy Dombeck (Douglas Dombeck), Jerrod McCusker, Jeffrey McCusker (Alison Rifenberick), and Alisa McCusker; and his twelve grandchildren, Cooper, Morgan, MaryAnn, Carter, Payton, Avery, Abbey, Tyler, Aurora, Nolan, Lillian, and Cohen. He leaves behind not only his adored wife, children, and grandchildren, but also his sisters and their spouses, Ferolyn (Jerry) Hildebrandt, Judy (Duane) Holt, and Cynthia (Dennis) Gianoli; his brother-in-law, Wally Erickson; as well as several cousins, nieces, and nephews and their families. Preceding LeRoy in death were his father, LeRoy McCusker, his mother, Mabel (Thumann) McCusker, and his eldest sister, Darlene (McCusker) Erickson.

LeRoy grew up in White Rock and Cannon Falls, and attended Vasa and Cannon Falls schools. In 1970, he married Martha Benson, and together they made their home in Cannon Falls. Soon thereafter he established his business, and he served the community as a plumbing and heating contractor for forty-seven years. He delighted in mechanical work and had an impressive work ethic. He enjoyed collaborating with colleagues and mentoring local contractors of the next generation.

Whether in his private, professional, or civic roles, his actions were founded upon his abundant compassion for others. Although he was a humble man, he touched many lives, and his legacy lives on in all who strive to do their best and who support those struggling with life’s challenges.

A memorial gathering will be held on Sunday, August 4 from 1:00 - 4:00 PM at Lundberg Funeral Home in Cannon Falls.

To order memorial trees or send flowers to the family in memory of LeRoy McCusker, please visit our flower store.