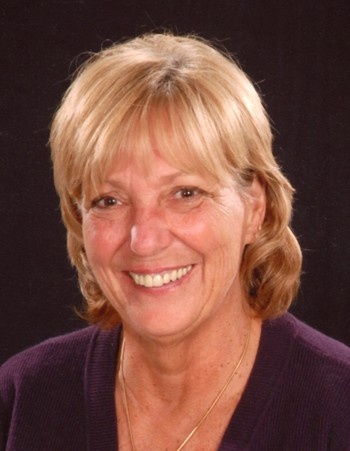 Linda was born on July 30, 1950 in Wabasha, MN, the oldest of five children to Richard and Joan (Herrmann) Niederkorn.  She graduated from Hastings High School in 1968 and went on to Alexandria Technical School to study interior design.

She married William L. Knowlton on September 19, 1970 in Hastings, and they made their home in Randolph Township.  Linda was the head cook at Randolph Schools for many years.  Following that, she worked at Ray’s Service, later known as Woody’s Pump and Munch in Randolph.  She also served as the Randolph Township treasurer for several years.  She enjoyed traveling, flower gardening, and pontoon rides on Lake Byllesby. She especially loved spending time with her six grandchildren and doing crafts and projects with them.

She is survived by her husband of 47 years, Bill; sons, Chad Knowlton of Apple Valley and his children, Jalen, Drew, and Maya and their mother, Andrea Getman, and Cory (Julie) Knowlton of Mazeppa and their children, Ben, Samuel and Gabrielle; sisters and brothers, Barbara (Patrick) Reinsberg of Inver Grove Heights, Joseph (Rita) Niederkorn and John (Julie) Niederkorn, all of Hastings, and Lori (Richard) Werner of Prescott, WI; sisters-in-law, Patricia (Curtis) Olson of Phoenix, AZ, Phyllis (Todd) Reuther and Beverly (Joseph) Ries, all of Hastings; and many nieces and nephews.  She was preceded in death by her parents.

Visitation will be held on Monday, October 9 from 4-8 p.m. at Lundberg Funeral Home in Cannon Falls. Mass of Christian Burial will be on Tuesday, October 10 at 11 a.m., with visitation from 10-11 a.m., at St. Pius V Catholic Church, Cannon Falls. Her grandchildren will serve as pallbearers.

In Linda’s memory, memorials are preferred to cancer research or to donor’s choice.

To order memorial trees or send flowers to the family in memory of Linda Knowlton, please visit our flower store.