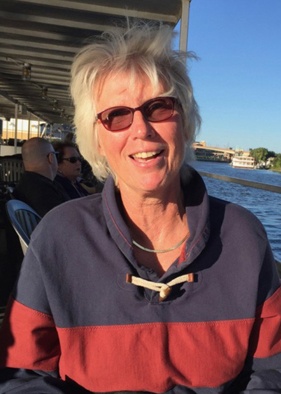 Lynnea was born with an identical twin sister on May 20, 1953 to Harold and Betty (Nelson) Sjoquist. She was a proud graduate of Wastedo School where her father and chairman of the board presented her with a diploma. She graduated from Cannon Falls High School in 1971, where she longed to play sports “like the boys.” Spring Garden Jolly Juniors 4H Club provided life lessons, responsibilities and an early outlet for sports. The club’s junior softball team won the county championship with Lynnea as a vital part of the team and her love for sport was confirmed and rewarded. Prior to Title IX, there were very few sports opportunities for girls and women. Thanks to Dave Nelson and the Cannon Falls Jaycees, Lynnea was able to participate in the Jaycee sponsored State Track and Field Meets.

She received her Associate of Arts degree from Golden Valley Lutheran College (GVLC). Her love of sports continued throughout her career at GVLC where she played volleyball, basketball and softball. GVLC’s first trophy for women’s sports was won by the Sjoquist led team. During the spring of her sophomore year of college, the Cannon Falls Jaycees sponsored an event featuring the All American Red Heads. Lynnea and her sister attended the game and were awestruck by what they saw, and the rest is history. Following a try out and training camp in Holly Springs, Mississippi, Lynnea played for 4 ½ seasons eventually adding coaching and managing the team to her resume. The team travelled across the country in a stretch limousine. They played 7 nights a week for 7 months of the year and always against men.

She was employed for 25 years with Vic’s Crane and Heavy Haul, Inc. as project manager and safety director. She then worked for MP Nexlevel from 2005 until her retirement in 2014. Initially, she was in charge of site safety and consulting, later becoming Director of Safety/Health for the national company with multiple locations including Maple Lake, Minnesota and Houston, Texas.

Her entrepreneurial spirit evolved as she became a partner in Cannon River Clean Fuels, where she worked to fund and develop a local ethanol plant.

Recognition of her sports prowess and success culminated with her induction as a member of the All American Red Heads into the Naismith Basketball of Fame in Springfield, MA. The Red Heads were also honored by the Women’s Basketball Hall of Fame in Knoxville, TN by being named Trailblazers of the Game. Lynnea was also inducted into the Cannon Falls Athletic Hall of Fame.

Lynnea was dedicated to her local softball teams over the years; Olmsted Federal, Nu Tec, and of course Remme’s Skelly. She played first base like an All Star. Throw it anywhere near first base and she would snag it. She saved many a game for her team. Teammates became friends for a lifetime.

She was a member of Spring Garden Lutheran Church and of Women in Construction. She enjoyed religious studies, politics, tennis, golf, and sports, in general both participating and spectating.

Honorary urn bearers will be softball teammates and her nieces and nephews.

To order memorial trees or send flowers to the family in memory of Lynnea Sjoquist, please visit our flower store.