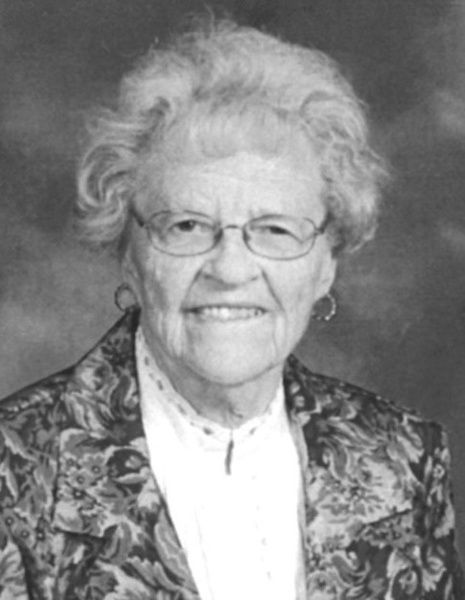 Marian was born on January 17, 1924 in Cannon Falls Township, MN, the daughter of Fritz A. and Teckla G. (Larson) Anderson. She graduated from Cannon Falls High School in 1941 and moved to Minneapolis in 1942-43.

She started working at General Mills making toasters, irons, waffle makers, coffee pots, and electrical mixers. She later moved in to the mechanical division where she built computers. At age 65, she went back to school to become a nursing assistant. She was employed for 20 years at Augustana Care Center in Minneapolis, working as a nursing assistant and later a volunteer, retiring at age 85. She moved back to Cannon Falls in 2014.

She will be interred next to her husband at Fort Snelling National Cemetery.

To order memorial trees or send flowers to the family in memory of Marian Bergman, please visit our flower store.

No services to be held