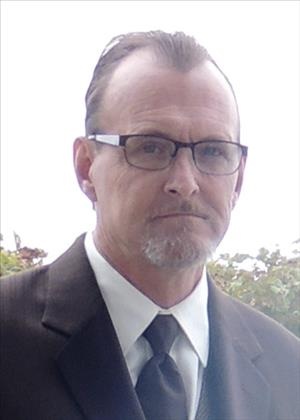 Mark Lee Davis, Rochester, MN, passed away on Sunday, February, 26, 2017 at The Gardens at Cannon Falls, MN after a short battle with cancer. Mark was born in Red Wing, MN on January 20, 1959 to Lynn and Lyla (Grote) Davis. He graduated from Cannon Falls High School in 1978, and enlisted in the U.S. Army immediately following. Mark served active duty for 3 years, including time in Germany, and many years in the Army Reserves. Upon discharge from the military service, he had several different jobs, and then settled into a job he enjoyed as a nursing assistant at the local nursing home. He showed a lot of loving care and compassion to the residents as he tended to their daily needs. The love of the outdoors, camping, and fishing started for Mark in his childhood years and continued throughout his life, and he shared that love with people that were important to him; his childhood friends, his children and their mother. Mark is survived by his children, Elizabeth (Leif) Holt, Zachary Vold and their mother Barbara Vold, his grandchildren, Lyla and Morgan Holt; his siblings, Lonnie (Joe) Bartee, Gary (Jean) Olson, Robert (Karen) Olson, Timothy Olson, James Davis, Kim (John) Rislove, Patti Newell, Jon (Jill) Davis, and several nieces and nephews. He was preceded in death by his father Lynn Davis, his mother Lyla (Grote) Davis, his grandparents, and his twin sister Mary Louis Davis. Mark's children will be hosting a Celebration of Life for Mark on Tuesday, Mar. 7 at 11 a.m., with visitation from 10-11 a.m., at St. Ansgar's Lutheran Church, Cannon Falls. Burial with military honors will be on Wednesday, Mar. 8 at 10 a.m. at Fort Snelling National Cemetery.

To order memorial trees or send flowers to the family in memory of Mark Davis, please visit our flower store.