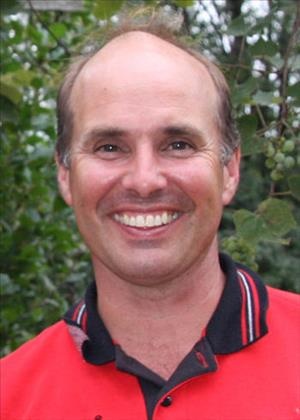 Mark Allan Stuefen, age 52 of Randolph, died at home following a courageous and dignified battle with lung cancer on Friday morning, August 9, 2013. Mark was born on November 21, 1960 in Milton, Florida the son of Richard and Alma (Land) Stuefen. He graduated in 1978 from Cooper High School in New Hope, MN and went on to work at Coca-Cola in Eagan as a service technician. He served with the US Army from 1979-82. He retired from Coca-Cola in October, 2011. He then worked at Northstar Beverage in Hampton from October, 2011 until the time of his cancer diagnosis (December, 2012). He was a member of the Randolph-Hampton Fire Department for 19 years, retiring in 2011, serving as secretary and captain of the rescue dive team. He married Paula Van Lith on May 3, 1986 and they had two children together. They later divorced. He married Erin Horning on June 27, 2003 in Northfield. Mark will be greatly missed by all who knew him.

He was preceded in death by his grandparents, Lillie Mae and Rufus Land, Carrie and Hugo Stuefen. He is survived by his wife, Erin of Randolph; daughter, Casey (Kraig) Redman of Elk River; son, Tony of Northfield; parents, Richard and Alma Stuefen of Crystal; sister, Linda Grady of St. Michael; all of Erin's family; and many nieces, nephews, aunts, uncles and cousins, all of whom adored him. A memorial service will be held on Monday, August 12 at 2:00 p.m. at St. Mark's Lutheran Church (28595 Randolph Blvd) in Randolph, with Andrew Owzarek officiating. Honorary pallbearers will be the Randolph-Hampton Fire Department.

To order memorial trees or send flowers to the family in memory of Mark Stuefen, please visit our flower store.