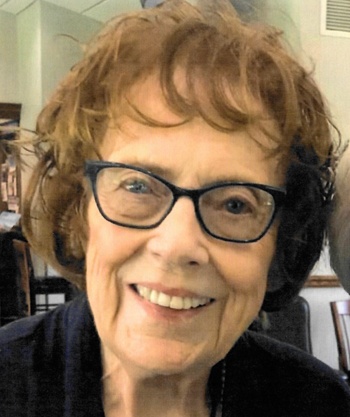 Marlyce Elaine Quittem, age 89, of Cannon Falls, passed away peacefully on Saturday, March 12, 2022, at her home.

Marlyce was born in Leon Township, on Dec. 28, 1932, the daughter of Lawrence and Doris (Lindell) Wagner. She grew up in rural Cannon Falls, graduating from Cannon Falls High School in 1951. She graduated from Kahler Hospitals School of Nursing where she studied to become a registered nurse. On Dec. 18,1954, Marlyce was married to Oscar Quittem at Urland Lutheran Church.  They first moved to Rochester for a short time, then to Chicago where they started their family. She worked in the Burn Center at Cook County Hospital.  With Oscar's job demands, they found themselves moving to Wisconsin, St. Paul, Michigan, Webster and then eventually back to their hometown of Cannon Falls.  Once settled, she worked many years at the Northfield Hospital.  Later, Marlyce became Director of Nursing at the Cannon Falls Nursing Home.  She found her other calling providing both Home Health and Hospice Care.

Marlyce and Oscar are members of Urland Lutheran Church. Family was her most important treasure.  She loved to cook for everyone!  Home was a place to leave all your worries behind and focus on what was truly important (faith, family and friends).  Christmas gatherings were her biggest and "Best in Show"!  She had a gift for growing flowers which no one could ever explain.  She loved animals, especially hummingbirds.  She had several feeders, and the birds came in droves for the gallons of sugar water she would go through.   Marlyce was well known for taking care of and feeding any animal that needed it, or that showed up at her door. Eventually, racoon and possum began gathering at the cat bowl.  For her, the more the merrier.

Funeral services will be Saturday, March 19, 2022, at 10:30 am at Urland Lutheran Church, 6940 Cty. 9 Blvd, Cannon Falls, MN 55009. Visitation will be one hour prior to the service at the church on Saturday. Interment will be in the church cemetery with a lunch to follow. Memorials are preferred to Urland Lutheran Church.  Lundberg Funeral Home is assisting the family. Marlyce’s funeral will be lived streamed and may be viewed by clicking on the link below. It will also be availible on Urland Lutheran Church's Facebook page.

To order memorial trees or send flowers to the family in memory of Marlyce Quittem, please visit our flower store.