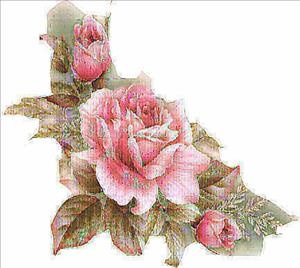 Mary Jeanne Banidt, age 94, a lifelong resident of Goodhue, passed away peacefully on Sunday evening, November 11, 2012 at her home. Jeanne was born at home in Goodhue, MN on June 26, 1918, the daughter of Peter W. and Mary (Hertzig) Nei. She attended Goodhue schools and graduated from Goodhue High School in 1936. She attended business school for 2 years at Hamilton College in Mason City, IA. Jeanne married Lester F. Banidt on September 12, 1946 at St. Columbkill Catholic Church in Belle Creek. She had worked for 33 years for the Goodhue Elevator as a secretary and bookkeeper, retiring in 1983. She was a lifelong active member of Holy Trinity Catholic Church in Goodhue, where she was involved in the CCW and mission sewing. She was also a charter member of the Goodhue Lioness Club. She enjoyed playing cards, especially bridge, 500 and euchre, and was involved with several groups of card players. She also enjoyed many years of traveling. She was preceded in death by her parents; husband, Lester on October 30, 1994; brother, John Nei; and sisters, Mildred Velthoff, Dorothy Ryan, Florence Richards and Helen Ryan. She is survived by her daughter, MaryAnn Banidt-Sitta (James Perry) of Zumbrota; her son, Richard Lester Banidt of Goodhue; grandson, Steven (Michelle) Sitta Jr. of Lake City; and great-grandson, Brayden. Mass of Christian Burial will be held on Friday, November 16 at 10:30 a.m., with a rosary service at 10 a.m., at Holy Trinity Catholic Church in Goodhue, with Father Bruce Peterson celebrating. Following lunch, interment will be held at Ss Peter and Paul Cemetery in Mazeppa. Visitation will be held on Thursday, November 15 from 4-7 p.m. at the church. Pallbearers will be John P. Nei, John Ramboldt, Greg and Matt Steininger, James and Matthew Perry.

To order memorial trees or send flowers to the family in memory of Mary Banidt, please visit our flower store.