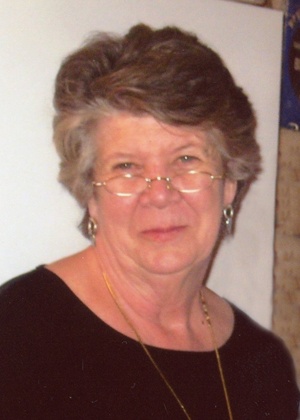 Mary Ann Cray was born on June 7, 1945 in rural Cannon Falls, the daughter of Archie and Blanche (VanGuilder) Cray. Her mother died when she was an infant, and she was raised by Bill and Bea (VanGuilder) Tharalson until her father took her to California when she was 4. She returned to Minnesota when she was 13 to live with her sister, Laura Groth and attended Cannon Falls High School. She met James “Jim” Carpenter on a blind date and married him when she was 15. She quit school and the following year their first child, Tammy was born. Tragically, Tammy died as an infant, but they were blessed with 5 more children over the next decade.

Mary worked at Kid Duds and as a waitress at several local restaurants. She attended night school for 2 years to earn her high school diploma in 1976. She became a real estate agent, a career she enjoyed for 10 years. Later on, she worked as a school bus driver, Director of Omnia Family Services in Rochester, and managed the local Super America for several years. A car accident forced her to retire and she and Jim sold antiques at flea markets and Countryside Antiques.

Mary enjoyed many creative hobbies: sewing, macramé, crocheting, cardmaking, and could create elaborate wedding cakes. She and Jim enjoyed life in the country, raising their children, gardening, and caring for their many animals and pets. They hunted, fished, rode horses and motorcycles, and traveled when they could. She was an active member of the Episcopal Church of the Redeemer and loved spending time with her numerous grandchildren and great-grandchildren.

Mary was preceded in death by her husband of 55 years, Jim; daughter, Tammy; sister, Laura Groth; and brother, Willis Kells.

This service will be live-streamed and can be viewed by clicking the link below.

A celebration of life and interment will be held in June at Cherry Valley Cemetery.

To order memorial trees or send flowers to the family in memory of Mary Carpenter, please visit our flower store.

Episcopal Church of the Redeemer

Episcopal Church of the Redeemer