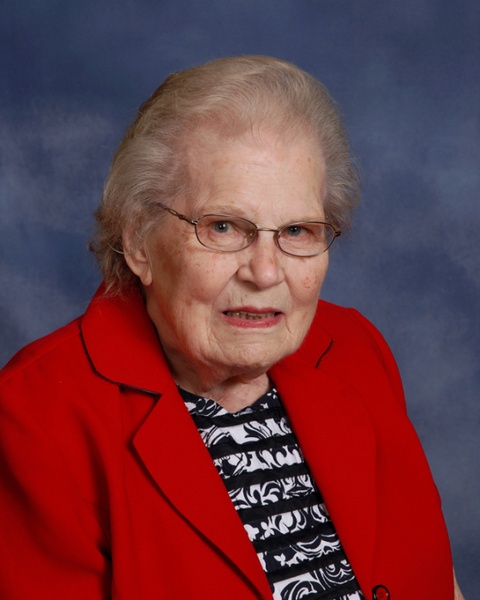 Mary Nell Urevig was a lifelong resident of the Cannon Falls area.

She was born on September 4, 1925 in Leon Township, the daughter of William Albert Jennings Miller and Esther Frances (Larson) Miller. She attended rural country school through 8 th grade in Spring Garden. She attended high school in Cannon Falls and later attended the University of MN Agriculture School, graduating in 1947.

She married G. Maurice Urevig on April 24, 1954 at Spring Garden Lutheran Church, where she was baptized and confirmed. Following their marriage, she was an active member of Urland Lutheran Church and taught kindergarten Sunday School for many years. She was also active in the ladies aid and bible study.

Mary worked at Nybo’s in Red Wing as the fry cook, hostess, and bookkeeper. She later was bookkeeper for her husband’s business, Urevig Construction and Edgewood Restaurant, where she was also a hostess.

She was active with the Goodhue County Extension Group (_name_optional__) and served as president of the extension home study group for 2 years. She enjoyed reading. With her husband, they loved fishing and watching all high school and college sports that their nephews and friends were involved with.

She is preceded in death by her parents; husband, Maurice; sisters, Frances Callstrom and Shirley Berg; and brother, William Miller.

She is survived by siblings, Grace Nelson of Cannon Falls, John Miller of Cannon Falls, Irene (Joyce) Berg of Oronoco, Lois (Meryl) Watson of Red Wing, and Elaine Myers of Scotts Valley, CA; brother-in-law, Allen Berg of Hastings; and 29 nieces and nephews and their families.

Memorial services will be held at a later date at Urland Lutheran Church.

To order memorial trees or send flowers to the family in memory of Mary Urevig, please visit our flower store.

Family to do services at later date