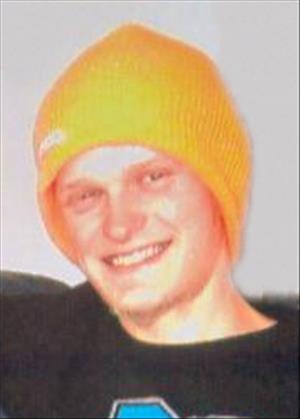 Mitchell Thomas Gomber, age 20 of Cannon Falls, died as a result of cancer on Monday morning, August 26, 2013 at his parent's home in Princeton, MN. Mitch was born on December 21, 1992 in Red Wing, and was confirmed at St. Ansgar's Lutheran Church in Cannon Falls. He attended school in Cannon Falls and enjoyed fishing, drawing and skateboarding. He was preceded in death by his brother, Paul Hurt. He is survived by his parents, Anna and Cary Whetstone of Princeton; step-brother, Brok (Kayla) Whetstone of Princeton; grandparents, Bernard and Marianne Johnson of Fountain City, WI; uncle and aunt, Tom and Beth Johnson of Chippewa Falls, WI; and cousins, Chance and Hunter. A Gathering for family and friends will be held on Friday, August 30 from 2-5 p.m., with a brief service at 4 p.m., at Lundberg Funeral Home in Cannon Falls. Pastor Arthur Sharot will officiate the service.

with brief service at 4 p.m.

To order memorial trees or send flowers to the family in memory of Mitchell Gomber, please visit our flower store.