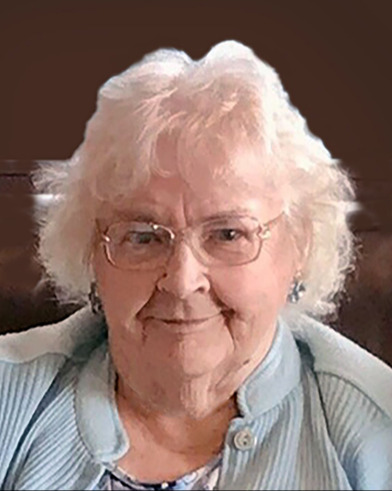 Muriel Lavonne (Holien) Duncan, 89, of Cannon Falls, Minnesota, died on October 17, 2022. Muriel was born on May 30, 1933; the ninth of Tyler and Ingeborg (Ellingson) Holien’s ten children. A small farm in Sogn Valley, hedged by a line of trees and the Little Cannon River, was “the home place” to Muriel.

Living on a farm meant going to a small country school, Wagner Hill School, Goodhue Co. District #150, through eighth grade. Reading, spelling, art, and geography were Muriel’s favorite subjects. At home, Muriel’s chores included pumping water from an outdoor well and carrying water and wood into the house. A wood stove was used for cooking. Muriel was nine years old when her mother became a widow with five children yet to raise. In her teen years, Muriel helped her oldest brother Bud milk cows by hand. The milk was the family’s main source of income. At night, Muriel would help call the gentle cows in from the pasture and lead them into the barn.

Muriel loved her mother immensely. The first thing her mom taught her was The Golden Rule. Muriel helped her mother with baking and cooking. The family enjoyed music. As a child, Muriel taught herself how to play her brother’s accordion. Muriel was baptized and confirmed (1947) at Wangen Prairie Lutheran Church. When she turned sixteen, she worked as a waitress in Cannon Falls.

On April 2, 1951, Muriel wed Ward Duncan in St. Paul, MN; LeRoy and Jeanne Holien were their attendants. Ward and Muriel raised their two children, Doug and Sandy, in Cannon Falls. In addition to being a thrifty and prudent homemaker, Muriel was a caregiver for children of relatives and others. She loved children. Warm and comfortable, Muriel was an “extra” mom to some of Doug and Sandy’s friends and she was a favorite aunt.

Muriel was a kindhearted person who endured trials with minimal complaint. She liked spending time with family. She was very proud of her children, grandchildren, and great-grandchildren. When reminiscing, she could recall details of special quips or traits of people. She was a keeper of keepsakes. Muriel was thoughtful about corresponding with family and friends. Muriel was interested in current events and subscribed to many newspapers and magazines. She was always trying to get “caught up” with reading. Muriel enjoyed tending flowers, watching birds, and walking in the country. Muriel appreciated attractive colors and pretty things. Her most essential delights were “fresh air and quiet.”

Muriel worked food service jobs at different medical facilities. In 1993, when Ward retired, Muriel did too. Ward and Muriel enjoyed folk, country western, gospel, and bluegrass music. They attended many concerts and music shows. They took trips to Branson, Missouri and spent a few winters in Mission and McAllen, Texas. They liked going to Lanesboro and Harmony, MN. Muriel was intrigued by the Amish people and their way of life.

During their almost 66 years of marriage, Ward and Muriel lived in other Minnesota towns, notably: Cambridge, Isanti, Red Wing, Wanamingo, and Zumbrota.

A celebration of life service, followed by a lunch, will be held on Saturday, November 19, 2022, at 11:00 AM at Wangen Prairie Lutheran Church, 34289 County 24 Blvd, Cannon Falls, MN. There will be a visitation on Friday, November 18, 2022 from 4:00-7:00 PM at Lundberg Funeral Home, 5839 Hwy 19 Blvd, Cannon Falls, MN. Muriel chose to donate her body to Mayo Clinic Rochester for medical education. Memorials are preferred to The Salvation Army or Wangen Prairie Lutheran Church.

To order memorial trees or send flowers to the family in memory of Muriel L. Duncan, please visit our flower store.