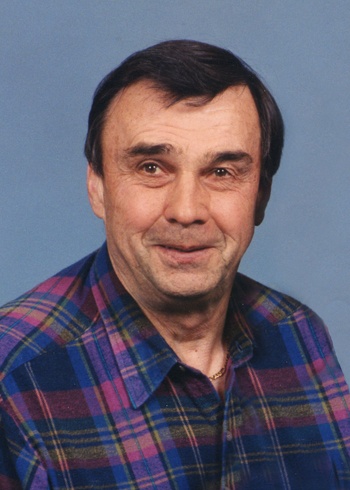 Myron was born on March 6, 1931 in Hampton, the son of Henry and Susan (Reinardy) Thurmes. He served with the US Army during the Korean Conflict from 1952 until his honorable discharge in 1954.

He married Marcella K. Lovelace on April 18, 1956 in Hastings. He was a member of St. Mathias Catholic Church and was a 30-year member of the Hampton Fire Department. He enjoyed riding his bike, and later his scooter, around Hampton, where he loved to talk with everyone he met.

He was preceded in death by his parents; wife, Marcella on 9/9/2015; and infant brother, Melvin Thurmes.

He is survived by his children, Peter of Littleton, CO, Kay Thurmes (Robert Lutchen) of Northfield, Mark (Peggy) of Hampton, and Stephen of Minneapolis; grandchildren, Bianca Lutchen, Bryce and Kyle Thurmes, and Lindsey McCoy; brothers, Eugene (Pat) of Farmington and Jerry (Joan) Pharr, TX; and nieces and nephews.

Interment will military honors will be on Tuesday, July 23 at 11:30 a.m. at Fort Snelling National Cemetery, Assembly Area #2.

To order memorial trees or send flowers to the family in memory of Myron Thurmes, please visit our flower store.