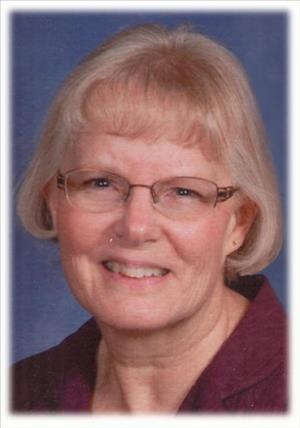 Pamela Jean (Lorenson) Reinke, age 60 of Cannon Falls, died unexpectedly on Tuesday morning, January 29, 2013 at the Cannon Falls Medical Center. Pam was born on December 31, 1952 in Northfield, the daughter of Dale I. and Violet E. (Hemmah) Lorenson. She graduated from Cannon Falls High School in 1971 and went on to attend Southwest MN State College in Marshall for one year. She then attended Mankato State College for one year. An active lifelong member of St. Ansgar's Lutheran Church in Cannon Falls, she was baptized, confirmed and married there. She married Steven P. Reinke on July 14, 1973. While Steve served with the US Coast Guard, she really enjoyed living in the different cities he was stationed and the many longtime friends they made. Upon returning to Cannon Falls, she went to work as a paraprofessional at the Cannon Falls Elementary School for 27 years until 2011. She enjoyed the children and her co-workers, and was looking forward to returning to school to volunteer. Pam will be remembered for her kind and gentle spirit, and for her love of her family. She is survived by her husband of 39 years, Steve; children, Jennifer (Jim) Novek of Goodhue and Jeremy (Sara) Reinke of Geneva; 5 grandchildren, Shelby and Jonathan Quade, Jamie, Drew and Karly Reinke; mother, Vi Lorenson of Cannon Falls; sister, Sandy (Dave) Grzywinski of Bloomington; and aunts, uncles, cousins and many friends. She is also survived by Steve's family: siblings, Dwight (Mavis), Cheryl (Kevin) Schiller, Tim (Cindy), Cindy (George) Pappas, and Gail Miller (friend Max Schmelke), and their families; Steve's foster parents, June and George Nick, and Glenn "Unc" and Ellen Weibel. She was preceded in death by her father, Dale Lorenson; sister, Janet Marie; brother, Richard Dale; mother-in-law, Jeanette Moonen; Steve's foster brother, Sean Weibel; and uncles and aunts. Funeral service will be held on Saturday, February 2 at 11:00 a.m. at St. Ansgar's Lutheran Church in Cannon Falls, with Pastor Carol Sinykin officiating. Visitation will be held Friday from 4-8 p.m. at Lundberg Funeral Home in Cannon Falls, and on Saturday at church from 10-11 a.m. Active pallbearers will be Dwight and Tim Reinke, Dave Grzywinski, Randy Schneider, Mike Hemmah, Lyle Lorenson, Nathan Hernke, and John Weibel. Honorary pallbearers will be her children and grandchildren, Pam's Godchildren Kevin Hoffman and Kirsten Schiller, Pam's cousins, Gwen Werner, Steve Sutton Brown, and Vicki Brandl. Spring interment will be held at the Cannon Falls Cemetery. Memorials are preferred to St. Ansgar's Lutheran Church.

To order memorial trees or send flowers to the family in memory of Pamela Reinke, please visit our flower store.