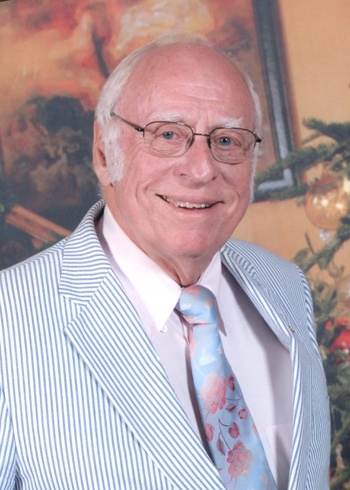 Paul Harold Bringgold was born on November 4, 1927 on the family farm in West Concord, Minnesota. He was the son of Harold and Violet (Raddatz) Bringgold. He had a younger brother James. Paul grew up in the years of the Great Depression and World War II, experiences that formed his character. He learned how to work hard on the 200-acre crop and dairy farm, plowing the fields with horses and milking cows by hand before school. The farm did not have electricity until Paul was a teenager. He attended one room school and was academically gifted, skipping two grades in school. After graduation, he continued to farm with his father until 1947, when he decided to go to college. He attended Rochester Junior College, working his way through by working as a short order cook and room service waiter and also as a photographer's assistant. After graduation, he attended the University of Minnesota in Minneapolis, majoring in business. His education was cut short when he received a letter from President Truman inviting him to a personal growth experience in the Korean War. Paul entered the Army, where he used his professional skills by acting as the "banker" for the soldiers. Even though he did not smoke, he would buy cigarettes and would sell them to the soldiers for a profit.  His unit was sent to Landstuhl, Germany and Paul was eventually promoted to corporal, serving as the company clerk for the unit serving the military hospital there. He loved to tell stories about signing out a company car every weekend so he and his buddies could tour around Germany. After leaving the military, Paul returned to his hometown and began working at the bank owned by his uncle. In 1953, he married Alice Dunn of Rochester. They had three daughters. In 1958, Paul and Alice bought the Riceville State Bank in Riceville, Iowa. It was a tiny bank that had only three employees, including Paul. While living in Riceville, Paul served as the town's mayor. Part of that job included mayor's court, which was similar to justice of the peace court handling traffic tickets and other small matters. In 1965, the family moved to Cannon Falls, after Paul and Alice bought the First National Bank. As president of the bank, Paul was forward-thinking and innovative. He was always upgrading the bank's technology. The bank had its own computer system when other banks delegated their work out to larger banks. The bank had the first drive-up teller and the first ATM in town.  He was a fair and progressive employer. He was a feminist, and he promoted women to officer positions and to positions on the Board of Directors.  He was immensely proud that he had employees who had worked for him for decades. Paul was the number one promoter of Cannon Falls. He was a huge force in the business community of the city. The bank eventually branched out to a site in Red Wing. Paul worked until he was 80 years old, and the family then sold the bank in 2007 to Merchant's Bank of Winona.

Paul was a loving and generous family man. He was a great father, always supporting his three daughters in whatever they wanted to do with their lives. He placed a high value on education, making sure they had college educations. He also supported Alice when she returned to school to get her bachelor's degree in nursing and then continued on in a master's program. His grandchildren and great grandchildren loved him dearly. Probably the best family memory was when he treated everyone to a trip to Austria and Switzerland, where the group saw the Bringgold family chalet and had a reunion luncheon with their Swiss relatives.

Paul was a world traveler and a lover of adventure. He parasailed in his seventies on the trip to Switzerland. He had visited Central America, Europe, Japan, Korea, the Caribbean, Russia and China. He also went on an African safari. He even took two cruises after he was fully disabled and confined to a wheelchair.  After Alice's death in 2002, he took many trips with his special friend, Betty Fortier. Paul was deeply involved in the civic life of Cannon Falls. Probably the most important of those endeavors was in the 1980's when Paul, Alice and other forward-thinking residents believed Cannon Falls needed a new elementary school. They formed an organization called C.A.K.E. (Caring About Kids' Education). and spearheaded a grassroots campaign to pass a school bond issue. The issue passed by less than 20 votes, giving us a much-needed elementary school. Paul was active in many civic organizations, including Rotary, Economic Initiatives, Cannon Falls Chamber of Commerce, Cannon Falls Education Foundation, and the Dakota County Technical College Foundation. Paul was a generous donor to the Cannon Falls and Randolph schools, Mayo Clinic, the Cannon Falls Library Foundation, and many other groups. He frequently did his benevolence anonymously. He also received numerous awards from banking organizations through the years. He was a member of the Masonic Lodge and the Shriners. He had a great time as a Shrine clown. He loved playing Santa Claus at Christmas.  He was a member of First English Lutheran Church.

A private family service will be held. This service will be recorded and made available on May 27, 2020 on our website below Paul’s obituary. Please leave a memory and sign the guestbook on Paul’s tribute wall.

To order memorial trees or send flowers to the family in memory of Paul Bringgold, please visit our flower store.