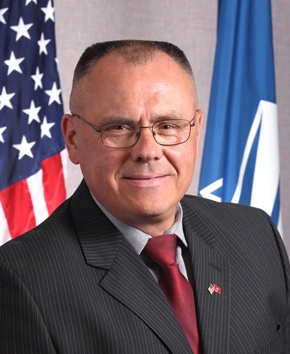 Philip Michael Plagge was born on December 22, 1964 in New Ulm, the son of Gary and Mary Ann (Sjogren) Plagge. He went to school in the Kasson-Mantorville area until joining the United States Marine Corps in 1983. Phil was very proud of his service to our country and passed that patriotic spirit on to his children. In June of 2011, Phil was united in marriage to Natalia Khan in Crosslake. He worked for the United States Postal Service in various capacities, most recently as the Plant Manager Engineer for the Information Technology / Accounting Services Center in Eagan, Minnesota. He was a member of First English Lutheran Church.

Phil enjoyed the outdoors and loved both hunting and fishing. He also loved spending time with his family and enjoyed sports and playing video games. He always kept busy finding something to do; or, as he put it, “putzing around.” Phil was most proud of his kids and their accomplishments.

Phil was preceded in death by his grandparents, aunt Sharon, uncle Tom, and cousin Todd.

Funeral services for Phil will be on Thursday, Nov 14 at 11:00 am at First English Lutheran Church, 511 Belle St, Cannon Falls, MN 55009. There will be a visitation at the church one hour prior to the service. Interment with military honors will be on Friday, Nov 15 at 11:00 am at the Minnesota State Veterans Cemetery, 715 Highway 52, Preston, Minnesota 55965.

To order memorial trees or send flowers to the family in memory of Philip Plagge, please visit our flower store.