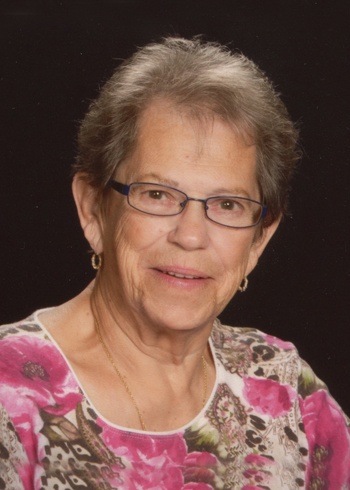 Pitsy was born at home in Randolph on October 9, 1942, the daughter of Clarence and Helen (Weinel) Erickson. She graduated form Randolph High School and went on to St. Paul Beauty School.

Pitsy worked at Lorentz Meats in Cannon Falls for many years. She also drove bus for Randolph Schools and was a waitress at Curt’s Cannonball Truck Stop. She was a member of Christ United Methodist Church, Randolph, where she was active in the United Methodist Women. She had also volunteered as a Randolph City election judge and served on the boards of Lakeside Cemetery Association and Randolph Historical Society.

Pitsy enjoyed the outdoors, including flower gardening and fishing. She also crocheted scarves and prayer shawls that she donated to women’s shelters. Pitsy's other passion was cooking and being in the kitchen; no friend left her home hungry!

Pitsy was preceded in death by her parents, Helen and Clarence Erickson; grandparents, Dan and Gladys Weinel; and husband, Ole Olson.

To order memorial trees or send flowers to the family in memory of Pitsy Olson, please visit our flower store.