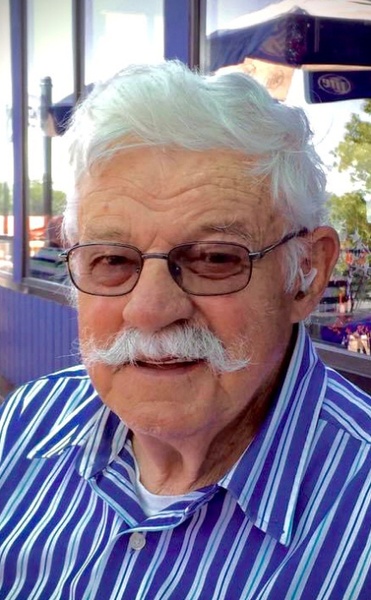 Ralph Clifford Forss was born on March 9, 1935 in Cannon Falls, the 10 th son of 17 children of Fredrik and Marian (Robertson) Forss. On May 7, 1955 Ralph was united in marriage to Phyllis Loken. The couple were married 66 years and had three children: Sandi, Susan, and Scott. Ralph was a welder by trade, and later worked for the Goodhue County Highway Department driving truck, retiring in 1997. He was a member of Emmanuel Lutheran Church.

Ralph had many interests that kept him very busy.  His friends and family members have been recipients of his many beautiful woodworking and carving projects.  He would spend hours and hours out in his shop at Hader.  He was always looking for new patterns, projects and willing to learn something new.  He enjoyed going out in his boat fishing.  In the fall, he would go deer hunting with his bow.  During the winter months, he loved bowling with the guys and putting together a jigsaw puzzle or two.  In the summer, he spent time pitching horseshoes and even won some tournaments over the years.  He had a small acreage that he filled with a variety of animals.  His miniature horses were probably his favorites.  He was always willing to give horse cart rides and show off his horses to many.  He even rode the horse cart in several of the 4 th of July parades in Wanamingo.  We were always intrigued by his fainting goats, annoyed with his sheep for getting outside the fence, and awestruck by his peacocks.

Ralph loved spending time with his family.  He had a big heart, was a hard worker, and was always willing to help out with projects.  He never complained and was always satisfied with what he had.

To order memorial trees or send flowers to the family in memory of Ralph Forss, please visit our flower store.