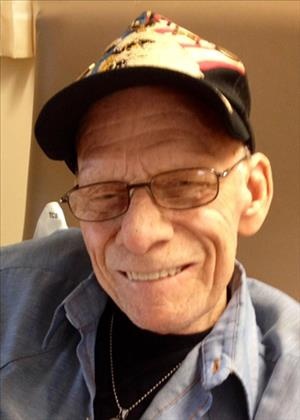 Reuben William Murray Jr., age 73 of Cannon Falls, passed peacefully from this life the morning of July 14, 2014 after a gradual decline in health. He was surrounded and supported by his loving family and caregivers during the last days of his life. Reuben was born on July 13, 1941 in Randolph, the son of Reuben Sr. and Anna (Peters) Murray. Reuben lived in Cannon Falls for most of his life with the love of his life, his wife, Sheila; two daughters, Karla Jo (Rich) Pietrzak and Jodie Lynn (James) Lamont, all of Cannon Falls; five grandchildren, Sarah Pietrzak, Justin Lamont, Jessica (Jeremy) Kirk, Josh and Jordan Lamont; two great-granddaughters, Ava Nylund and Azalea Lamont; brothers, Dennis (Michelle) Murray, Thomas Murray and James (Judy) Murray; sister, Marilyn (Marvin) Giefer; and nieces, nephews and other family. He was preceded in death by his parents; brothers, Victor and Richard Murray; and sister, Janet Kuehn. A memorial service will be held on Friday, July 18 at 3:00 p.m., with visitation from 2-3 p.m., at Lundberg Funeral Home in Cannon Falls. Honorary pallbearers will be his grandchildren and great-grandchildren. Memorials are preferred in lieu of flowers.

To order memorial trees or send flowers to the family in memory of Reuben Murray Jr, please visit our flower store.