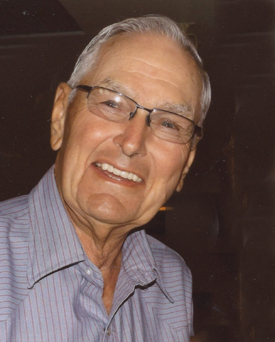 Richard wed Phyllis Soderquist on June 23, 1962, and had 56 wonderful years of marriage. Richard started his career by enlisting in the United States Army where he served three years including a year in Korea. He then served another 20 years in the Minnesota Air National Guard. He was blessed to have many lifelong friends that he met through his 33-year career at 3M, his 20 years of service as the Air Transport Supervisor for the Minnesota Air National Guard 133 rd Aerial Port Squadron of St. Paul, MN, his 16 years volunteering at the Ben Avery Shooting Facility in Phoenix, AZ, along with his passion for triking, bluegrass festivals, travelling and church. He will be remembered for his warm smile, sense of humor, kind heart, and willingness to provide a helping hand.

Richard was preceded in death by his parents Arthur and Hazel, and his brother Robert. He is survived by his beloved wife Phyllis; his children Trisha (David) Bergman and Steven (Jennifer) Anderson; along with his seven beloved grandchildren Cody, Wesley, Ethan, Haley, Hannah, Madelyn, and Benjamin. He will be greatly missed and lovingly remembered.

Visitation for Richard will be on Thursday, July 26, 2018 from 12:00 – 2:00 pm at the St. Paul’s Evangelical Lutheran Church, 30289 59 th Ave. Way, Cannon Falls, MN  55009. Funeral services will immediately follow the visitation at 2:00 pm. Military honors will be accorded by the Cannon Falls Veterans Honor Guard. Interment will be in the General Lutheran Cemetery in South St. Paul at a later date.

To order memorial trees or send flowers to the family in memory of Richard Anderson, please visit our flower store.