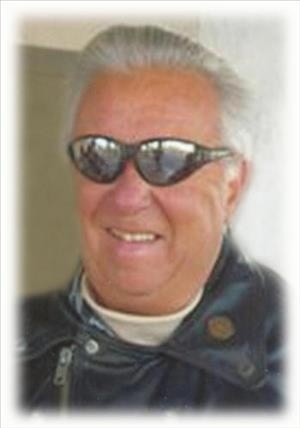 Richard Edwin "Dick" Larson, age 69 of Cannon Falls, passed away on Tuesday afternoon, May 21, 2013 at his home. Dick was born on June 17, 1943 in Minneapolis, MN the son of Edwin and Lillian (Hendrickson) Larson. He graduated from Cannon Falls High School in 1961 and went on to serve with the US Navy on the USS Caloosahatchee until his honorable discharge in 1964. He married Brenda Hoffman on April 23, 1966 in Cannon Falls. He attended a 5 year apprenticeship program through the Minneapolis Pipefitters Local #539, and continued to work with Local #539 for 32 years until his retirement on July 1, 2001. He was a member of First English Lutheran Church in Cannon Falls. He was a member of the VFW Nelson Scofield Post #4452 and served as commander in 1977-78. He was also a member of the Kraft-Ostrom American Legion Post #142, Elks Lodge #845 in Red Wing, and Masonic Oriental Lodge #34. For many years he has been active in the Big Brother/Big Sister Organization, Faribault Harley Davidson Chapter, and Superstition Harley Davidson Chapter. He had also served on the Cannon Falls Township Planning Commission. He is survived by his wife of 47 years, Brenda; two sons, Eric of Cannon Falls and Jarid (Rachel) of Zumbrota; granddaughter, Evelyn; nephews, Kevin and Scott Hilden, Tyler, Jacob and Lukas Hoffman; and nieces, Lynda (Ron) Smith and Kimberley Davlin. He was preceded in death by his parents; sister, Marlene Hilden; niece, Leanne Hilden; and brothers-in-law, Wayne Hilden and Gary Hoffman. Funeral service will be held on Friday, May 24 at 11:00 a.m. at First English Lutheran Church in Cannon Falls. Interment with military honors will follow at the Cannon Falls Cemetery. Active pallbearers will be Eric and Jarid Larson, Kevin Nerud, Ron Smith, Todd Jeppesen and Ken Anway. Visitation will be on Thursday, May 23 from 4-8 p.m., with a Masonic Service at 6:30 p.m., at Lundberg Funeral Home in Cannon Falls. There will also be visitation at church on Friday from 10-11 a.m. Memorials are preferred to Allina Hospice of Northfield and Mayo Clinic Cancer Research.

To order memorial trees or send flowers to the family in memory of Richard Larson, please visit our flower store.