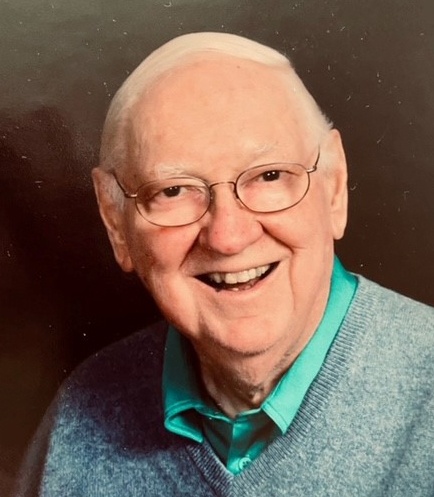 Richard Glen Olson passed away of natural causes as the result of a long, well-lived life, in his home of 46 years, otherwise known to family and friends as “The Farm”.

Richard was born on March 18, 1934, in Duluth, Minnesota to his parents Martin and Gerd Olson.

He spent his formative years in St Paul, Minnesota (Highland Park) and attended Monroe High School.  Richard worked intermittently with his uncle and grandfather on the DMIR railroad out of Proctor, MN.  Coming from a line of railroad people, one could say that transportation ran through his blood.

Richard had a brief stint at Macalester College before joining the army and being stationed in Germany as an MP.  He returned to St Paul and continued his education the University of Minnesota where he received his degree specializing in transportation and logistics, while working at Murphy Freight.

After getting his footings in the transportation industry with Green Giant of LeSueur, MN, Richard was given opportunities to create innovative strategies in transportation within many corporate settings including developing distributions centers for Green Giant, American Hospital Supply Corporation, as President of Philadelphia Blazers hockey team, back to Green Giant and Pillsbury as Executive Vice President/Director of Transportation, he started his own trucking company, FilMor Express, and then took a position as the CEO at Michael Foods.  These positions took Richard and his family to Atlanta, Lake Bluff Illinois, and finally to The Farm in Sogn Valley.  It was here that he also created a farming enterprise and dabbled in experimental equipment for farming such as innovations in planters.  Richard’s most recent project was the design and development of and electric semi-truck.

Richard and Sandra were adventurous, and both enjoyed travel.  Their honeymoon was spent skiing in Aspen, family road trips to Montana, Grandmas house, and day trips in the station wagon were abundant.  Richard often traveled for work.  Later in life they travelled to New Zealand and Bali, Scotland, Europe several times, and Norway.

Richard was, and will continue to be, by his example, a generous person.  He would see potential in a person and do whatever it takes to help them develop whether providing for their education or finding a way to help them get the skills needed for specific work.  He ensured the generation that preceeded him had the best medical care possible, and took the time from his busy and industrious life to attend medical appointments and transition ‘the ladies’ (the elders in the family) into the living situations of their choice.  These things would often go unseen as he never made ‘a big deal’ of it. Richard loved to dine out and try out the newest ‘fancy’ restaurant.  He loved to entertain big crowds at the farm and receive his Norwegian relatives on many occasions.

Richard is survived by children David (Lisa) Olson, Heather (Brian) Holley, Barbra (Tim) Olson, and Catherine (Brad) Luebke; grandchildren Blake and Zachary Olson and Madi and Cal Luebke; his brother Ralph ‘Pudge’ Olson, many nieces and nephews, and their beloved dog Scottie. He was preceded in death by his wife of 61 years Sandra Olson, his parents and brother Ronald Olson.

The family would like to extend their gratitude to all of those who made it possible for Richard and Sandra to spent their final days in their beloved home including Northfield Hospital Hospice and Legacy Home Care;  Nurse Kathryn, aides Patricia, Wanda, Denise. Melody, Wede, Zaphina, Shannon, and Norma.

Donate by paper check: Please make checks payable to Northfield Hospital Foundation, note in the memo the donation is for Hospice/Richard G. Olson.

Donations can be made online: www.northfieldhospital.org/foundation donate to the general fund, but in the special instructions note that the donation is for Hospice/Richard G. Olson.

To order memorial trees or send flowers to the family in memory of Richard Olson, please visit our flower store.