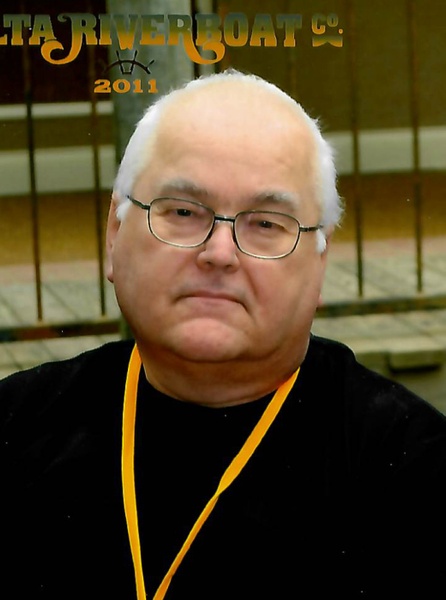 Richard Lowell Shorter was born on March 14, 1949, in Dodge Center, the son of Estel and Evelyn (Garness) Shorter. He lived in several locations with his family in southern Minnesota before coming to Cannon Falls. He graduated from Cannon Falls High School and attended college for architectural training. Rich worked at the Cannon Ball Truckstop while in school. He served his country in the US Army.

On June 14, 1969, Rich was married to Kathy Swanson at St. Ansgar’s Lutheran Church. He worked for International Harvester in the warehouse for 36 years. Rich was a member of First English Lutheran and the United Auto Workers Local 763 where he served as a safety officer. He was with the Cannon Falls Police Reserve for 10 years and served as a part time police officer, volunteered with the ambulance for 20 years, was a 26-year member of the Fire and Rescue, and a member of the American Legion Post 1982. Rich enjoyed all types of card games, playing cribbage, weekly farkle games, camping, hunting, watching and reading westerns, and most of all, spending time with his grandchildren and great grandchildren.

Visitation will be from 4-7:00 pm, Friday, Feb. 25, at Lundberg Funeral Home, 5839 Hwy 19 Blvd, Cannon Falls, MN 55009. Memorial services will be at 11:00 am, Sat. Feb 26, at First English Lutheran Church, 511 W. Belle St, Cannon falls, MN 55009. There will also be a visitation one hour prior to the service at the church on Saturday. Interment will be in the Cannon Falls Cemetery with military honors accorded by the Cannon Falls Honor Guard. Rich’s service will be live streamed and may be viewed by clicking the link below.

To order memorial trees or send flowers to the family in memory of Richard Shorter, please visit our flower store.