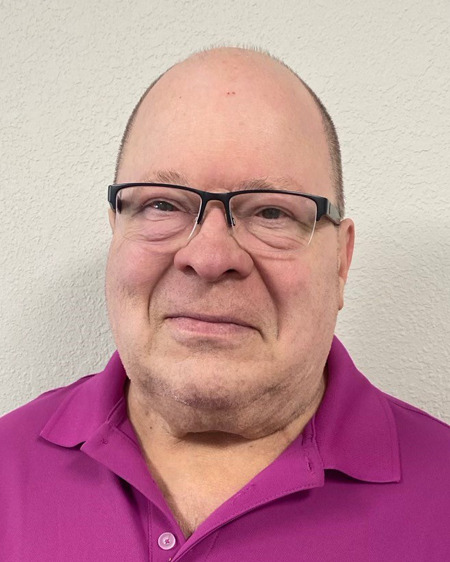 Robert Jon Crouse was born January 24, 1945, in Devils Lake, North Dakota, to L. Dwight and Viola W. (Hudspeth) Crouse. He lived in Devils Lake, Grafton, and Minot, North Dakota, and Arden Hills, Minnesota, where he graduated from Mounds View High School in 1963. In 1969, he received a bachelor’s degree in English literature from the University of Minnesota, Minneapolis campus. He continued at the U of M, majoring in political science.

He moved to Red Wing in 1972, and worked at his father’s business, General Trading Company (Car Quest). He managed that company and eventually became the owner, selling it in 1994. During those years, he served on the advisory board for the auto mechanics course at the Red Wing Vocational School and was an advisor of the Distributive Education Club (DECA) at Central High School. He was an aftercare facilitator for Southeastern Family Recovery Center for two years, and a tutor for the Red Wing Adult Literacy Program for four years. He worked as a special education assistant at Twin Bluff Middle School and Red Wing High School from 1995 to 1997.

In 1998 he began working for Wild Wings, first at its gallery in the Riverfront Centre in Red Wing, and then as the manager of the Wild Wings Gallery in the Mall of America from 1999 to 2001. He managed the Big Sky Gallery, also at MOA, until 2003. From 2003 until the present, he was a writer and editor for P. Hanson Marketing in Red Wing. He worked on the TODAY Magazine and the Ag Reporter. He was a member of Vasa Lutheran Church, where he had been a Sunday school teacher, an adult leader for confirmation classes, and assisted the youth director, Jeff Lexvold, from 1997-2001. He was an avid reader and enjoyed church activities and socializing with friends.

He is survived by nieces, Debra Lessard of Fargo, ND, Sandra Lais of Grand Forks, ND, Darlene Gourde of Denver, CO, and Susan (Alan) Szklarski of Grafton, ND; and nephew, Mark Keeley of Grafton, ND. He was preceded in death by his parents; his sister, Nancy Kay Keeley; brother-in-law, Ray Keeley; and several close relatives and friends.

LIVE-STREAM INFORMATION:  For those who would like to participate in Bob's service via live-stream, you can watch the service on Friday, November 18 at 11:00 AM. It can be viewed by scrolling to the bottom of this page, and click to begin.  Please leave a message of support on our Tribute Wall to let the family know you were able to watch the service.  If you are having troubles with the live-stream, the service will be available to watch later in the day.

To order memorial trees or send flowers to the family in memory of Robert "Bob" Crouse, please visit our flower store.