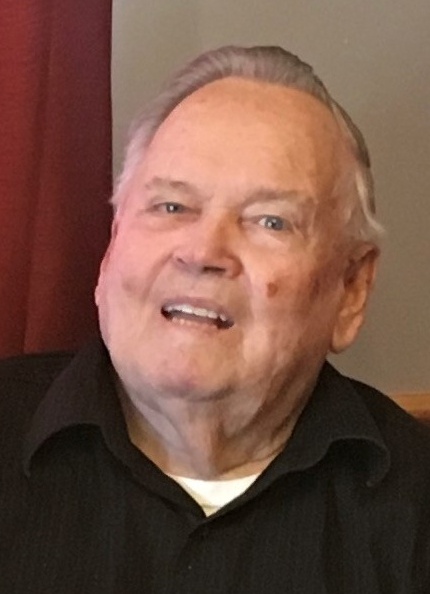 Robert “Bob” Lee, age 84, of Randolph, MN, died on Wednesday, August 25, at Three Links Care Center in Northfield, MN.
Robert Eldridge Lee was born on April 4, 1937, in Randolph.  The son of Clarence and Leona (Schuler) Lee, he was raised on the family farm just south of Randolph and graduated from Randolph High School in 1955. After graduation, Bob farmed with his dad and worked various jobs including driving egg truck. He began working for Randolph Public Schools in the early 1960’s as a custodian and school bus driver. He retired from custodial work in 1997, but continued to drive bus until 2008 when he fully retired from the school.
On November 14, 1964, Bob was united in marriage to Elizabeth “Betty” Johnston at the Randolph Baptist Church.  Throughout his life Bob enjoyed pitching horseshoes, bowling, playing cards, farming, and gardening.
Bob is survived by his wife of 56 years Betty; children Dan, Mike (April), Amy, and Kevin (Michelle); grandchildren Evan, Kara, Anah, Andrew, Levi, Thomas, Jennifer, Derek, and Kinsley; and many nieces and nephews. He was preceded in death by his parents, an infant son Thomas, brother Roger (Dora) Lee, and sister LaVon (Ken) Emery.
Visitation will be held on Sunday, August 29, from 4:00-7:00 pm, at Lundberg Funeral Home, 5839 Hwy 19 Blvd, Cannon Falls, MN 55009. Visitation will continue on Monday at 10:00a.m. at Randolph Baptist Church, 29020 Dawson Avenue, followed by a memorial service at 11:00a.m.  Interment will be in the Hillcrest Cemetery. The service will be live-streamed here. You may access it by clicking the link below on Monday at 11 am.

To order memorial trees or send flowers to the family in memory of Robert Lee, please visit our flower store.