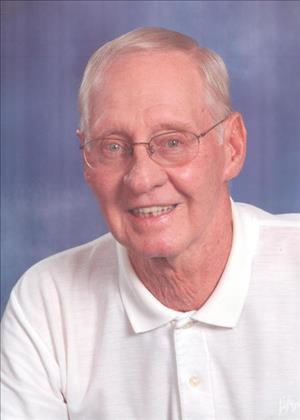 Robert Lind, age 79 of Randolph, died Wednesday evening November 27, 2013 at Northfield Hospital. Robert Richard Lind was born January 1, 1934 in Waterford Township, the son of Franklin and Mildred (Johnson) Lind. He graduated from Randolph High School in 1954. Bob served in the United States Army. He worked for the railroad for a time before becoming Senior Agriculture Appraiser for Dakota County. On August 21, 1965 he was united in marriage with June Kathleen Sheets at Stanton United Methodist Church. Bob was a member of the Randolph City Council and was very involved in the community. He was active in the Dakota County Soil & Water Conservation District and the North Cannon River Watershed Management Organization. Bob was a mason for fifty years. He enjoyed gardening, lawn mowing, helping with the Randolph Chicken Barbeque, and spending time with his grandchildren and two dogs. Robert was preceded in death by his wife June; parents Franklin & Mildred; sister Joyce Nelson; brother Donald Lind. He is survived by his children Stephen (Sandra) Lind of Maple Plain, Kathleen (Kevin) Bullis of White Water, Wisconsin; Barbara Lind of Apple Valley; grandchildren Dara Lind, Jack, Joe & Emme Bulllis; brother Rodney (Josephine) Lind of Cannon Falls, sister Shirley (James) Kuhn of Randolph; many nieces, nephews and cousins.

Funeral Service will be held on Friday December 6 at 11 AM at St. Mark's Lutheran Church in Randolph with Rev. Steve Schwartz officiating. Interment with military honors will follow at the Stanton Cemetery. Visitation will be held on Thursday from 4-8 PM at Lundberg Funeral Home in Cannon Falls. A Masonic Service will be held at 7 p.m. There will also be visitation on Friday at church from 10-11 AM. Active pallbearers will be Jack and Joe Bullis, Wade and Corey Gustafson, Donald Sheets and Larry Lee. Honorary pallbearers will be Bud Gustafson, Rodney Lind, and Jim Kuhn.

and one hour prior to service at church

To order memorial trees or send flowers to the family in memory of Robert Lind, please visit our flower store.