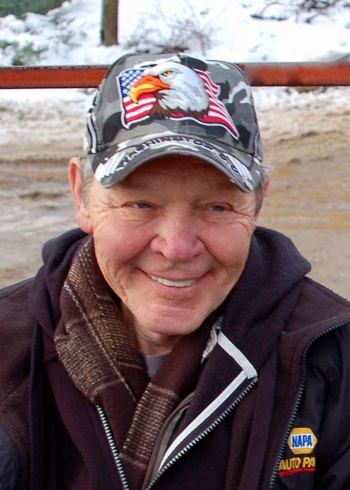 Bob was born on August 9, 1950 in Farmington, MN, the son of John and Ruth (Fox) Meyers. He graduated from Cannon Falls High School and was a member of St. Pius V Catholic Church in Cannon Falls.

He will be remembered for putting others first, greeting you with a warm smile and hugs, and sharing an “I love you” whenever he left. He was kind, caring, had a good heart, and a strength that carried him through his illness. He even continued to take care of and help Joyce throughout his illness. His grandchildren will remember their pontoon rides, camping and family outings, and how he would share his ice cream. Bob was very proud of his sons for serving in the military and for the family men they have become.

He was preceded in death by his parents, John “Jack” and Ruth Meyers; parents-in-law, Mike and Mitzi Ashton; brother-in-law, Doug Weber; and special friend, Darl Boone.

A private family service will be held. You can view this live stream at St. Pius V Catholic Church, Cannon Falls on Friday, April 24 at 3:00 pm. Link is shown below.

No flowers please. Memorial contributions in Bob's memory may be made to Mayo Clinic, Rochester for cancer research.

To order memorial trees or send flowers to the family in memory of Robert Meyers, please visit our flower store.