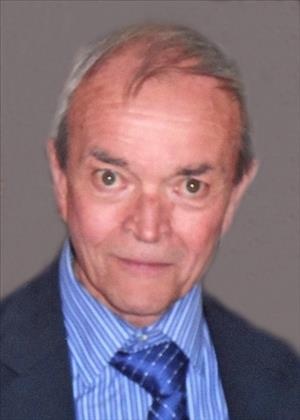 Robert LeRoy "Bob" Moffatt, Sr., age 76 of Cannon Falls, MN passed peacefully at home on Thursday morning, June 5, 2014 with his family around him. Bob was born on September 9, 1937 in Minot, North Dakota, the son of Alva and Mabel (VanHorn) Moffatt. He attended Granville High School, where he was a member of the Granville High School men's basketball team that went to state in 1956. He went on to serve with the US Army. He was united in marriage to Geraldene "Gerry" Drader on February 19, 1959 in Glasgow, Montana. They moved from Granville, ND to Cannon Falls in 1966. Bob managed the Cannon Ball Truck Stop from 1966-1973, and then went to work at Point of Sales until 1978. He was employed at Minnesota Malting from 1978 until his retirement in 1998. He also was owner/operator of Bob's Pumping from 1973-1993. Bob was a member of the Teamsters Local 792. After retirement, they moved to the warmth of Leesburg, Florida in 2001, returning to Cannon Falls in 2003. Bob enjoyed dancing and country music. He enjoyed traveling, including trips to Branson, Nashville, and especially his most recent trip to Hawaii. He loved the outdoors, fishing, and was a longtime seasonal camper at Shades of Sherwood. He was preceded in death by his parents; his wife of 44 years, Gerry on December 6, 2003; two brothers, Lyle and Ron Moffatt; and sister, Marlys Frey. He is survived by one daughter, Melissa Moffatt Thomas and husband, Gary of Cannon Falls; one son, Robert "Rob" Moffatt, Jr. (fiancé, Michelle Spencer) of Cannon Falls; three granddaughters, Cassandra Thomas Tsai and husband, Andy of Seattle, WA, Rachel Thomas of Minneapolis, and Alisha Moffatt Kania and husband, Matthew of Fargo, ND; great-grandson, Xander Kania; sister-in-law, Doris Moffatt of Pasco, WA; his good friend, Gloria Peter of Cannon Falls; and many nieces, nephews and extended family. Visitation will be held on Monday, June 16 from 4-7 p.m. at Lundberg Funeral Home in Cannon Falls. A memorial service will be held on Tuesday, June 17 at 11:00 a.m., with visitation from 10-11 a.m., at the First Congregational United Church of Christ in Cannon Falls, with Pastor Barbara Martin officiating. Interment will follow at the Cannon Falls Cemetery. Active urn bearer will be Rob Moffatt. Honorary urn bearers will be Cassandra Thomas Tsai and Andy Tsai, Rachel Thomas, Alisha Moffatt Kania and Matthew Kania, and Xander Kania.

To order memorial trees or send flowers to the family in memory of Robert Moffatt, Sr, please visit our flower store.